The Road To Beantown...

After what had been right about a week, I got a phone call from Caliber Collision in Wooster, Ohio. The repairs on my car were complete, and I could come pick up the car.

We ended up spending an additional week in Ohio. As much fun as we'd had, and as good as it was to spend time with our friends there, the inescapable reality is that we were a week behind schedule. Of course our schedule, such as it was, was pretty flexible. Still, I was ready to finally start making tracks back to St. Augustine.

The main thing we did during the drive out of Ohio was look for Harley Davidson dealers. More than a few friends collect Harley t-shirts, and up to this point I'd hit dealers across the country, but it's always fun scoping out another one. A growing trend I've seen is that dealers don't only want to be a place where you can buy a motorcycle, they want to be museums, too:

We decided to split the drive to Boston into two days. The first day we drove to New York, where we met up with my friends Mike and Tamara and their daughter Ariel for dinner at the New York Beer Project in Victor, New York:

If you ever find yourself in Victor (they have another location in Lockport, NY as well), you could do a lot worse for lunch or dinner.

The next morning we got on the road at a reasonable hour; not too late and not too early. We had about four to five hours to get to Kenny and Karen's house outside of Boston, so we didn't feel incredibly rushed, which was good. After what seemed like just a couple of hours, we were crossing into "The Bay State", Massachusetts: 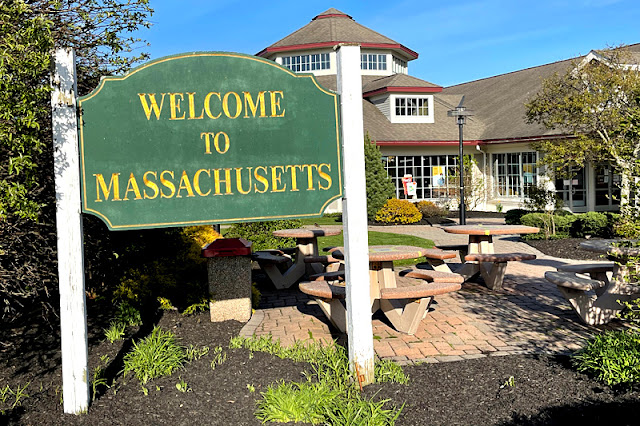 And, after only what seemed like an hour from there, we were pulling up in front of Kenny and Karen's house. Kenny, always happy to play the gracious host, introduced himself to Jess as "the funny uncle in Boston:

The late hour told us it was time to call it a day. It had been a long day, and the coming days would prove to be just as long... 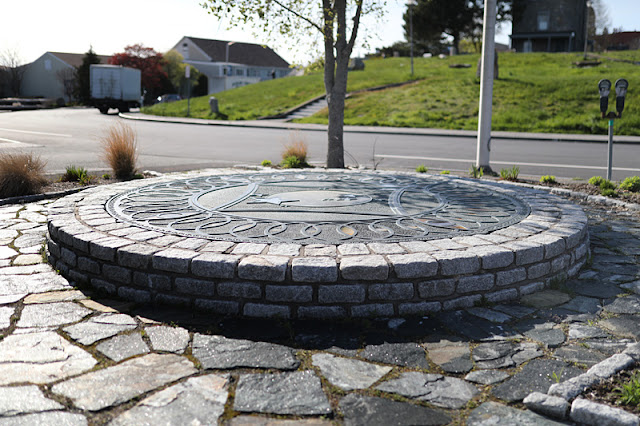