My daughter grew up in southern California.

As such, other than in a classroom, she was never exposed to any history other than that. In San Diego, where we lived, everything was about the Spanish. I suppose that's to be expected.

But there was a whole bunch of history that I wanted her to see. I didn't want her to read about it, or look at photographs. I wanted her to experience it. That's why we spent so much time exploring Boston and the surrounding area. It's rich in a history which dates back further than our country's founding. There's really no way to describe what it was like to be standing in Paul Revere's living room, after all. You just have to do it.

So, you can imagine the smile that worked its way across my face when my daughter asked "Hey Dad, can we go to Gettysburg?" 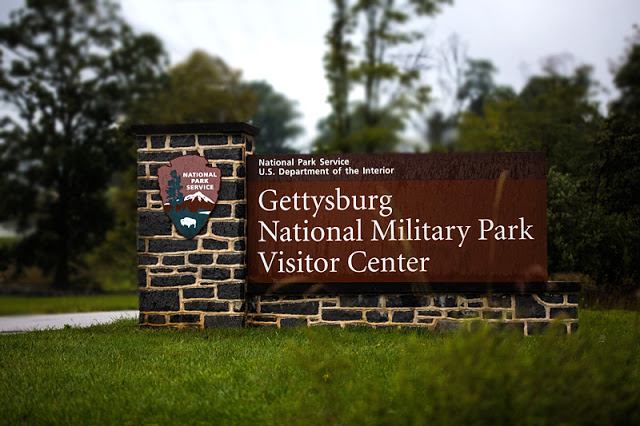 This would mark my third visit to Gettysburg. The last visit was back in September of 2017. The visit prior to that saw me in a Boy Scout uniform; that was the mid 1970's.

Once again, we would be fortunate to be able to stay with friends while visiting. My friend Mark, along with putting us up for a couple of nights, also arranged for us to have a personal guided tour from someone who, I believe, is the world's foremost authority on the Battle of Gettysburg, Mr. Ray Matlock:

Ray's story is as fascinating as Ray is humble. He told me he first came to Gettysburg when he was all of 11 years old (I believe Ray's in his 70's now). When he took the very first photograph he ever took, it was taken at Gettysburg. The new home he shares with his wife was built only about a mile or so away from the battlefield. Ray lives and breathes Gettysburg, and his enthusiasm for it is palpable.

I've never met anyone who knew everything about anything like Ray Matlock knows about Gettysburg. His knowledge is encyclopedic, and he's quick with an anecdotal story about just about anything. For instance, my daughter mentioned that she lives in Seattle.

"Oh, let me tell you about a little known connection between Gettysburg and Seattle..." and away he went, as if he'd had a Seattle connection story on-deck just waiting to be told.

Since I wrote about Gettysburg not long ago, I'm going to simply post photos from our visit, and maybe interject some witty prose here and there. 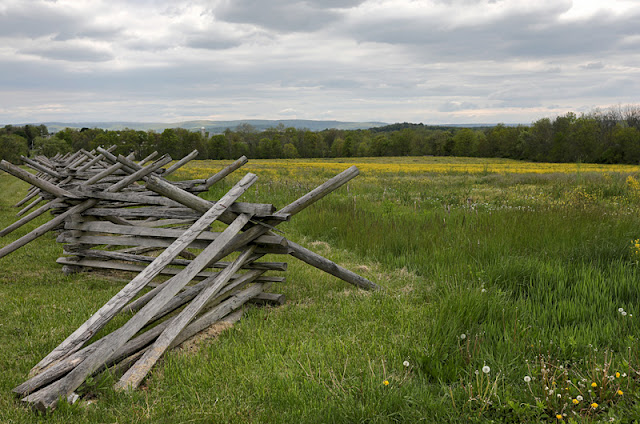 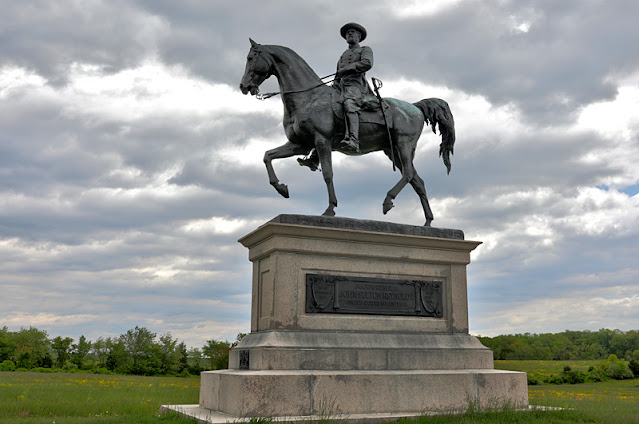 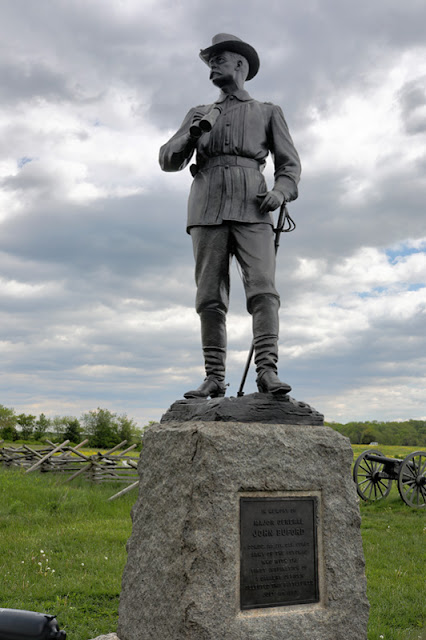 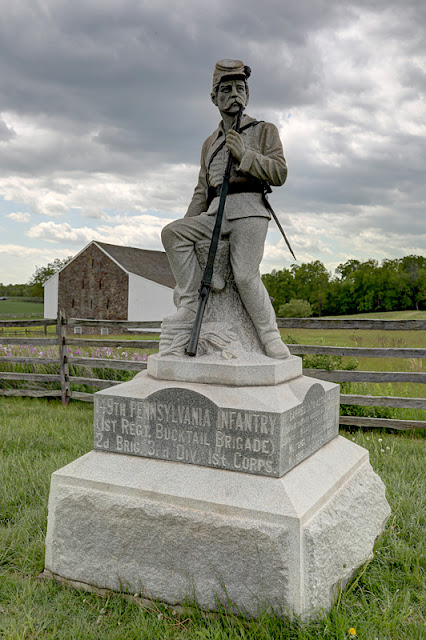 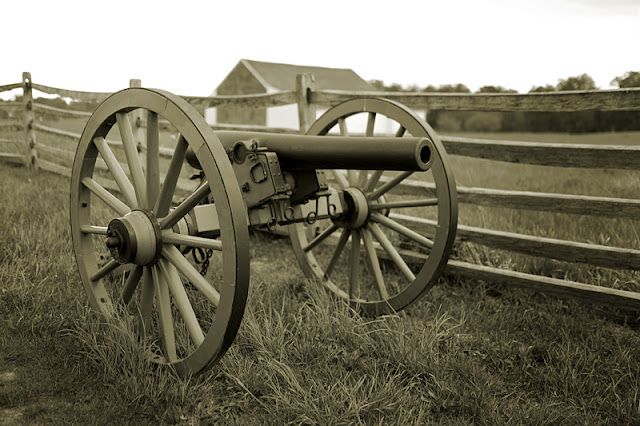 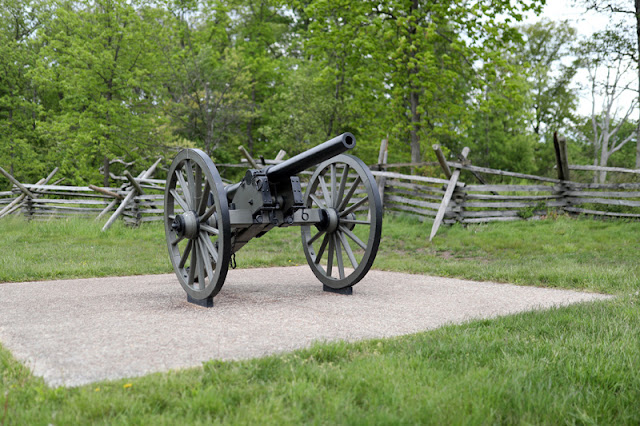 Ray took Jessy and I from the first shot of the battle at Gettysburg to the end of the second day. Unfortunately, I guess when you're one of the heavies at a place like this, business always comes calling, and Ray had to excuse himself for a meeting, leaving us to go through day three on our own. Before he did, though, we insisted on taking him to lunch at the Appalachian Brewing Company: 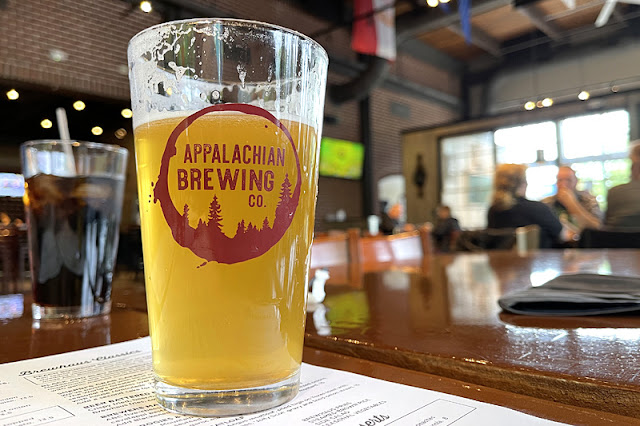 Remember when I talked about actually experiencing history? That whole "being where history happened" thing? Well, that's exactly what Ray did for us here at Gettysburg. I was excited enough to bring my daughter here (and at her request!) so that she could see one of the most pivotal battlefields in American military history. But to have Ray there to explain, sometimes down to the finest of details, what had happened, and with whom, it simply brought Gettysburg to life for her in a way that, I'm certain, my narration could never have done.

If I sound like I'm laying it on a bit thick well, yeah, I probably am. It was simply awesome to see my daughter take such a genuine interest in something and have the opportunity to take that interest to the one guy on the planet who probably knows more about it than anyone alive today. Even today, some two months after the fact, I'm still in awe of the enthusiasm Ray has for this hallowed place, and how willingly and effectively he shares that enthusiasm with others.

As we drove back to Mark's house, we couldn't help but continue to talk about not only the battle and the site, but also the manner in which we got to experience it. I know that, as I turned of the bedroom light that night, that this was a road trip highlight...