After Long Island, it was time to head north. I would be heading up to the camp where I shot last year, Camp Poyntelle Lewis Village, to do some shooting (gratis) for them, seeing as I had to bail on them at the last minute this year. In truth, I also wanted to kidnap Beth from the camp office and head into New York City. We went there last year on one of our day's off, so why not go again this year? We actually drove into the city with Beth's brother, his wife and their son. We parked just off of Central Park and started walking.

We did a lot of walking.

If you've never been to New York City, well, that really is a shame. It truly is the greatest city in the world. It has everything you want, everything you don't, and everything in between. It's the best and worst of everything, all in one place and all at the same time. If I could live anywhere, and money wasn't an issue, drop my ass in the middle of Manhattan and call it a day.

Somehow, despite growing up on Long Island and spending a good amount of time in "the city", I never went to Central Park. With the exception of visiting Strawberry Fields, across from John Lennon's Dakota, I never stepped foot within the borders of the park. That would change.

Central Park is an amazing place; that's no secret. But it's a mecca for photographers. I was looking forward to an afternoon of relaxing and shooting and, of course, walking. A lot of walking and a lot of shooting:


After walking through the park for a while, hunger got the better of us. We decided to head over to the Shake Shack, on the upper west side, and indulge.

It's hard to put my thoughts of the Shake Shack into words. I can, however, tell you this: It was the best cheeseburger I've ever had. Period. If someone tell you they've had a better one, well, they're a liar. The Shake Shack burger was sublime. The fries didn't suck, either. And, of course, it should be considered a crime against nature to go to a place called "Shake Shack" and not get, you know... a shake. Chocolate, please, and ridiculously good.

It's no secret that I will, on occasion, take food pictures. I actually got onto that kick because of my brother Greg, who always got a kick out of the latest insane meal showing up on his Facebook news feed. At Shake Shack, the camera never came out. The food smelled so stunningly good that I was mesmerized beyond the ability to operate my camera. It was really that good. In fact, I would have to say that it was, by a fairly wide margin, the best burger I've ever had. It wasn't the cheapest lunch in the world but, lemme' tell ya', it was worth every penny. And, apparently, there's no shortage of New Yorkers who feel the same way:

After lunch, Doug and Heather opted to head back home. We were going to further explore the city, though, and called our old friend Norm Golden to join us. Norm's not only an actor, but was our high school theater teacher back in Hauppauge. Norm's long since retired from teaching, and now acts full time. Norm's been on "Law & Order", "Orange Is The New Black" and has even traveled halfway around the world to play the father in a Citi Card commercial shot in Norway:


Between phone calls, texts and Facebook messages while I was still in Florida, Norm and I were trying to set up a time to meet. He finally told me that he had decided to set the entire day aside to hang out with us. Norm knows the city extremely well, and I think he actually enjoys playing tour guide, which was just fine with us.

He met us on the corner of 79th & Amsterdam:


We decided that we would head downtown a bit, so we found a subway station (well, Norm did) and away we went:


Our first stop was one I insisted on. I could not allow myself to come to New York City and not visit B&H Photo on 9th Avenue. I'd purchased the new rig from them only a couple of weeks earlier through their website. I would've loved to have bought everything while I was here, but it would've cost me almost another $300.00 in sales tax. Instead, I allowed my shopping spree to consist of a sensor cleaning kit and a new camera strap.

As we were leaving B&H, Norm asked us if we'd ever been to the "High Line". The High Line is actually a re-purposed rail line, which originally opened in 1934. It's now a park which runs along the lower west side, offering views of portions of the city that, until it opened, simply weren't available as you strolled along.

We entered the High Line around 32nd Street, and followed it down to Gansevoort, where it ends: 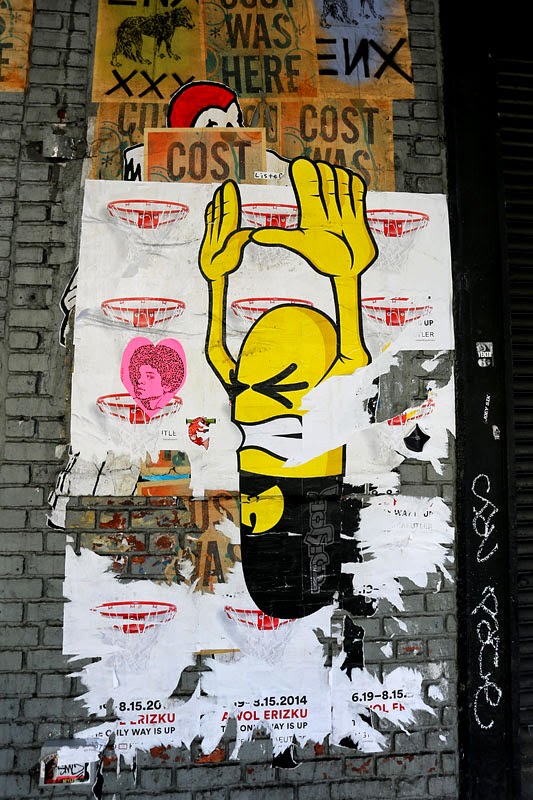 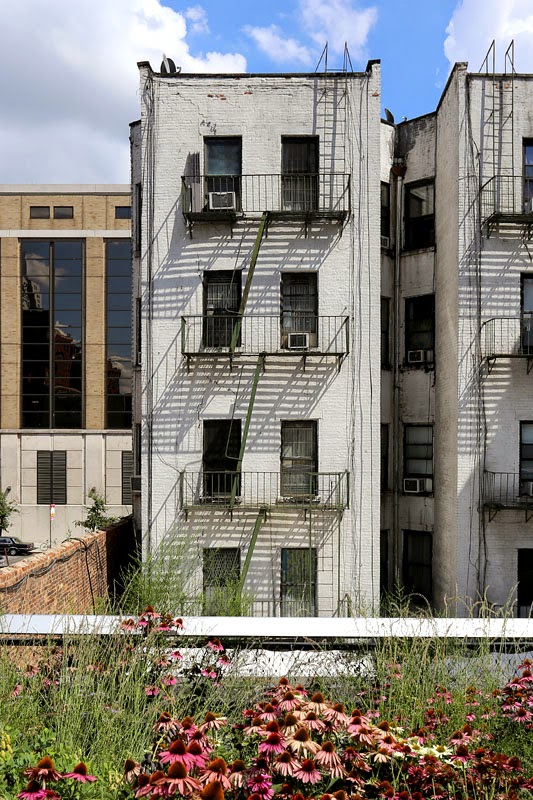 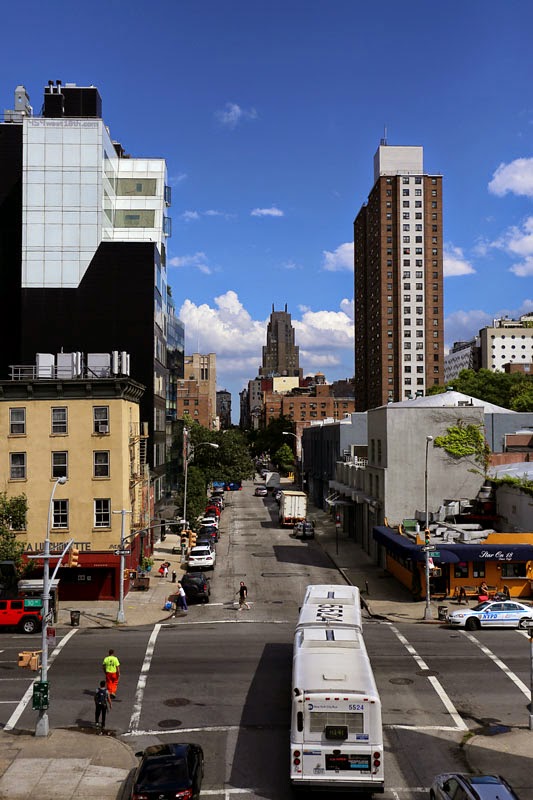 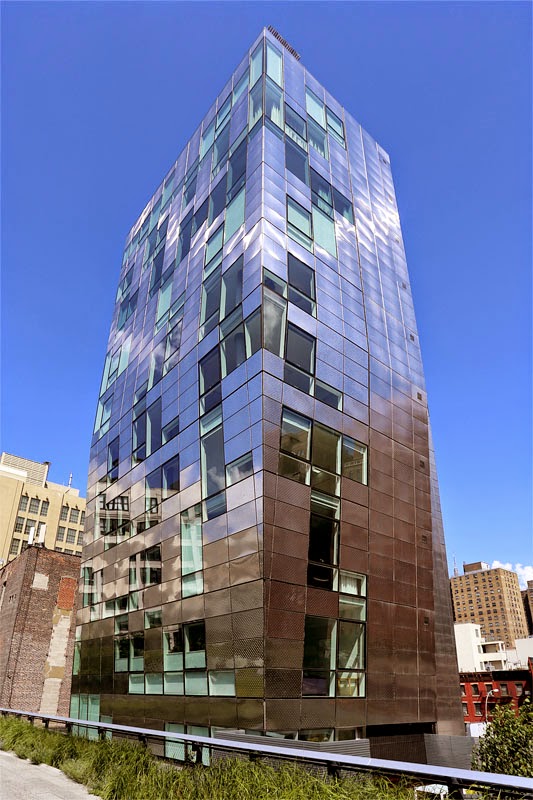 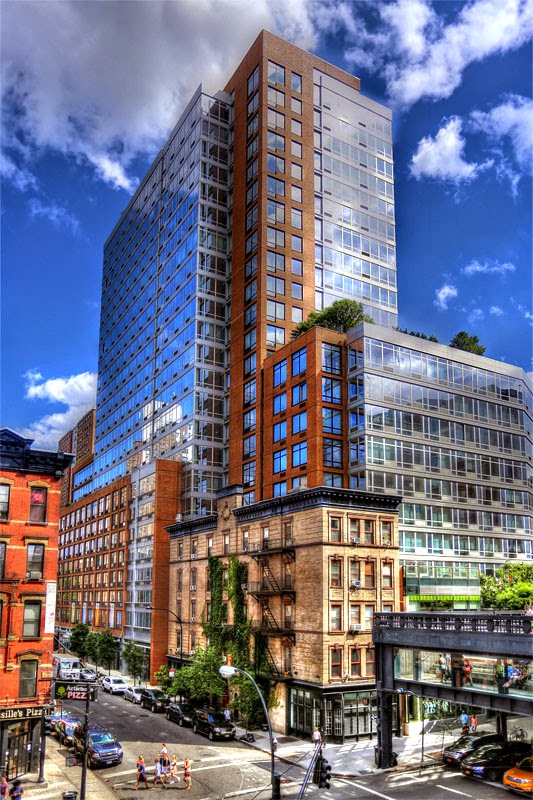 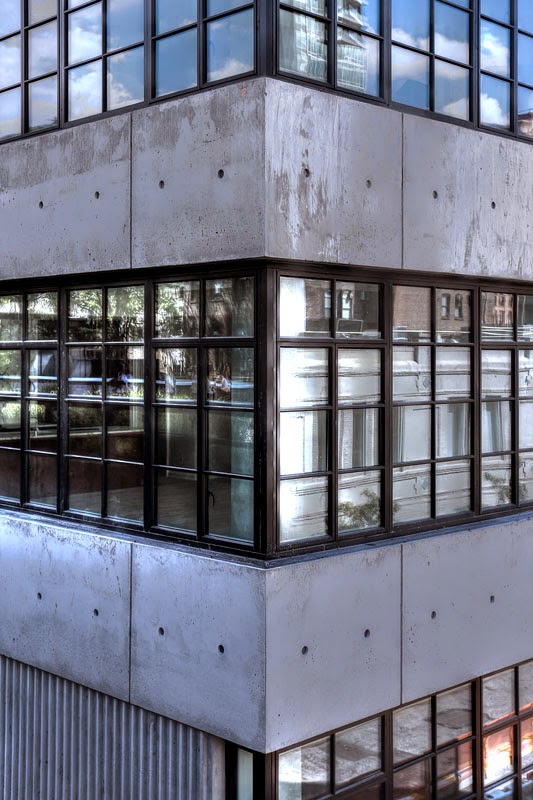 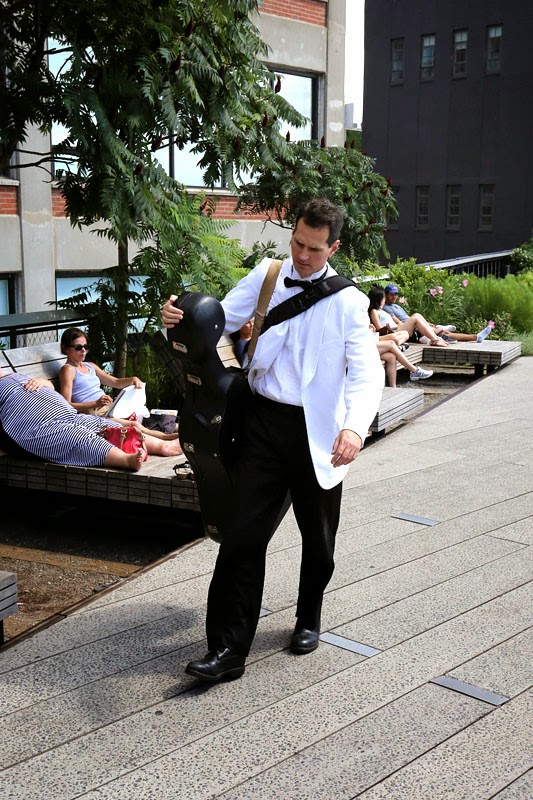 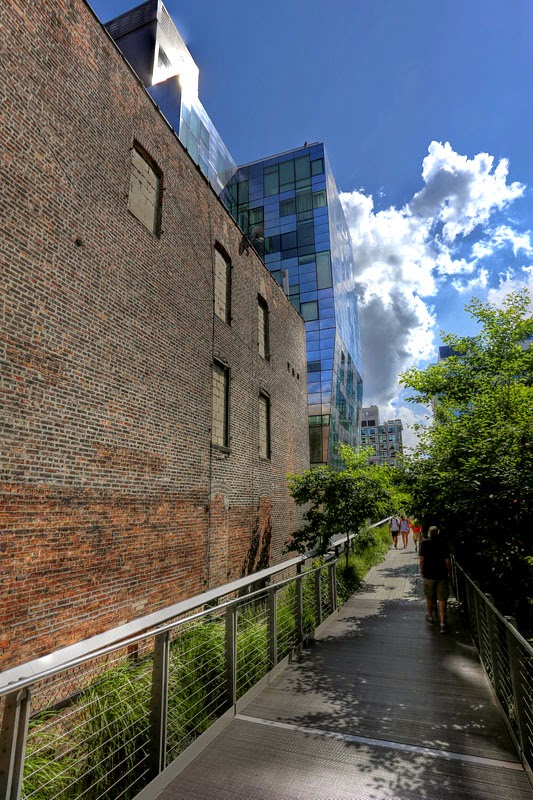 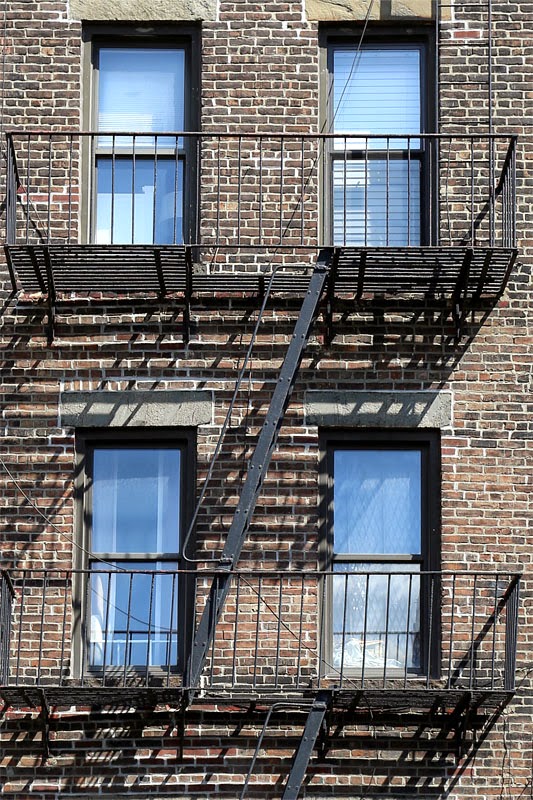 After turning around at Gansevoort, we hiked back up to 14th Street and found our way off the High Line. It was slowly getting time to think about heading out of the city, so we decided to head up to Grand Central Station, get something to eat, and hang out a while longer.

Walking in New York City is like walking nowhere else on the planet. It's a perfect mixture of everything under the sun, all coming together for your amusement:


We had dinner at a pizza place in Grand Central Station, and talked about all of the things we'd done over the last year that we hadn't talked about yet that day. Sadly, the pizza was mediocre, but the company, and the conversation, was perfect.

New York City never gets old, and I was reminded of this sign I saw earlier in the day: 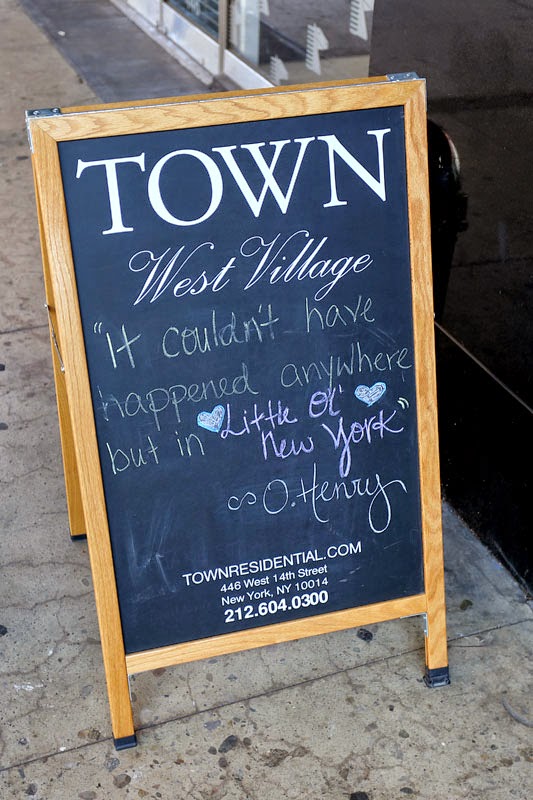 What I Did On My Summer Vacation - Part 3: Woodstock...

After leaving Long Island, I headed north. I was on my way to Poyntelle, Pennsylvania and had absolutely glorious weather for my drive.

The drive itself was pretty uneventful, as most drives (thankfully) are. The Ford Fusion I rented was kickin' down about 33mpg, the stereo was cranked and I was diggin' the ride.

I'd gotten to a point in the drive where it was the same route I used to take to Poyntelle from my Dad's house in Wallkill, New York. I would often pass this or that and tell myself that I would stop and photograph it the next time I came through. Well, I don't know how many more times I'll have the opportunity to drive through this way, so this was the day.

This was the day I would stop at the site of the Woodstock Music & Arts Fair.

Interestingly, the festival wasn't actually held in Woodstock. In fact, the originally chosen site was Wallkill, where Dad lived. The town shut that idea down, though, which sent the organizers packin'. They finally  decided on Max Yasgur's farm in the little hamlet of White Lake, in the town of Bethel:

For those of you keeping score at home, let it be known that the Woodstock festival took place nowhere near Woodstock.

That little fact notwithstanding, there's now an amazing tribute to that festival at Bethel Woods Center For The Arts, located in Bethel, New York. The Center has both a concert venue and a museum. The museum opened in June of 2008 and, while primarily dedicated to the festival, also features special exhibits. The Beatles incursion onto American shores was the special exhibit featured during my visit, so I gave myself a pat on the back (which is more difficult to do as you get older, by the way) for deciding to stop when I did.

Admission to the museum is $15.00 which, initially, I thought was a tad high, but that opinion changed each time I turned a corner and saw a new display. There was so much to see and hear; sensory overload to the nth degree. Here are some of what's on exhibit: 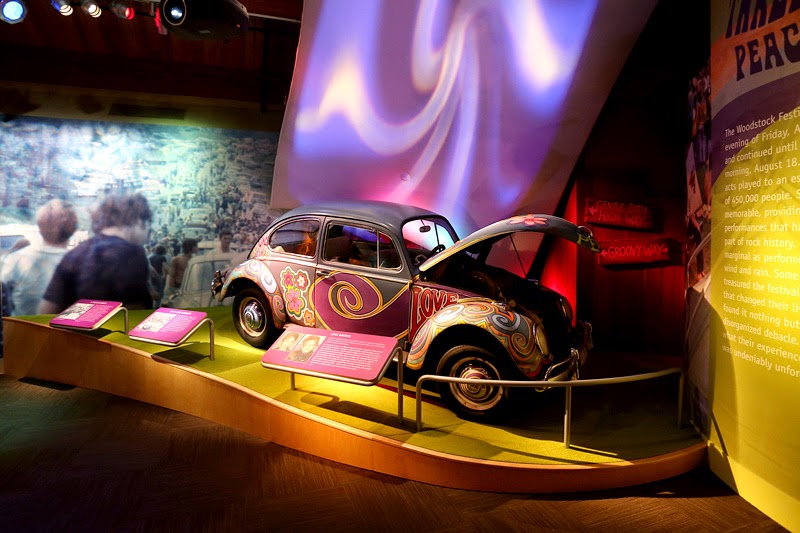 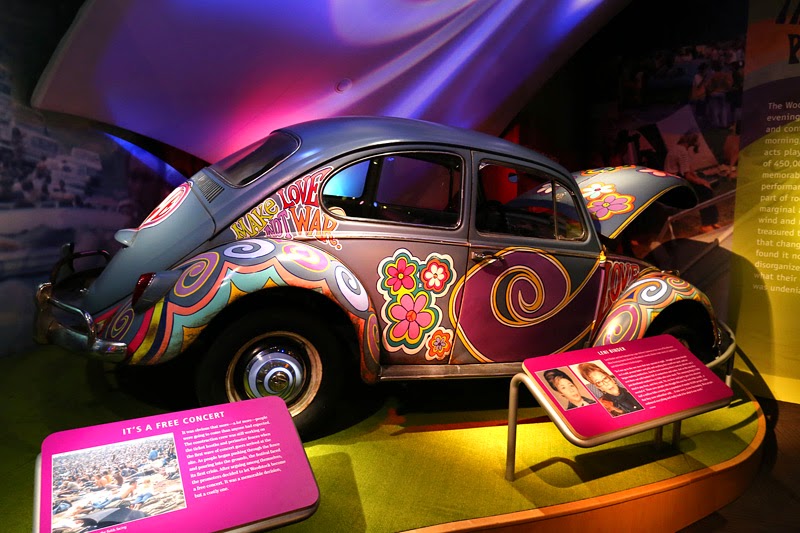 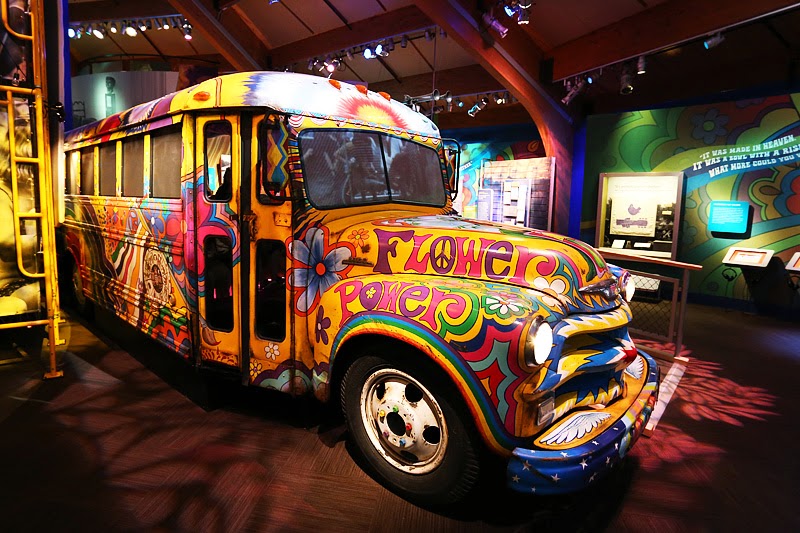 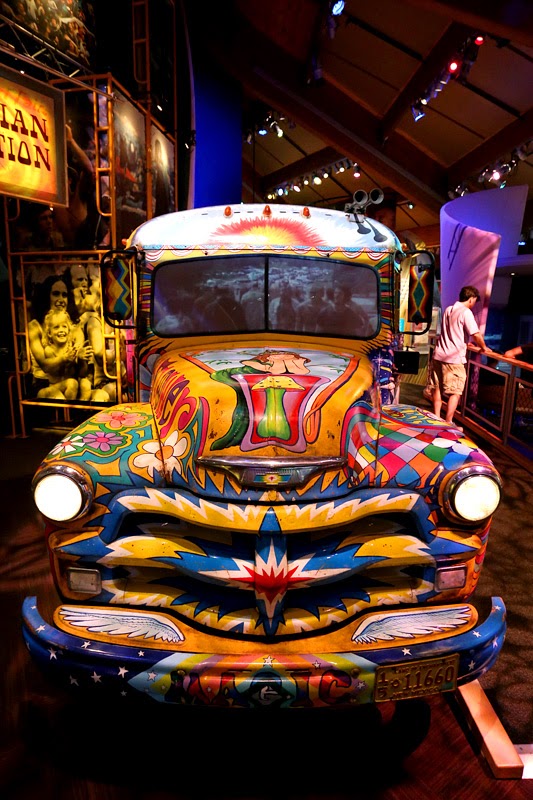 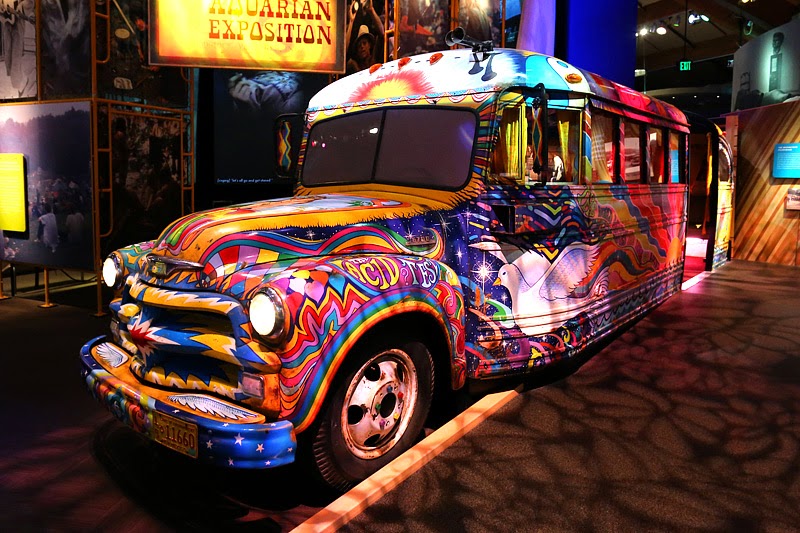 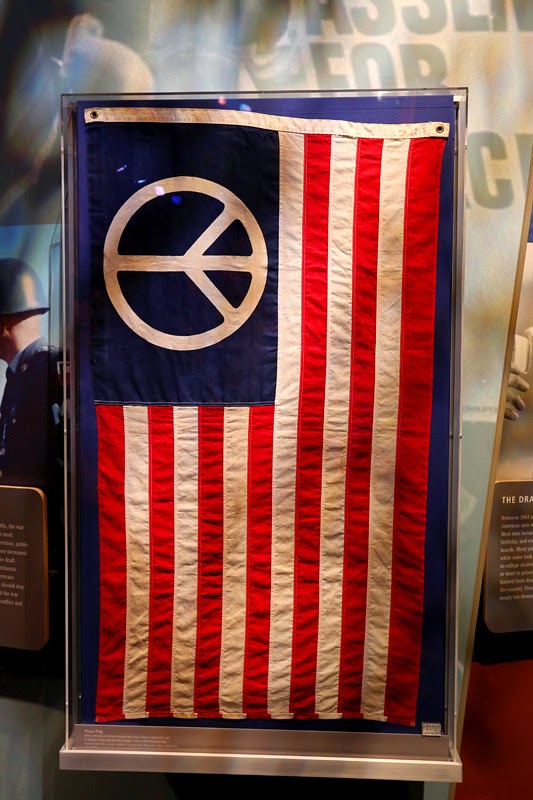 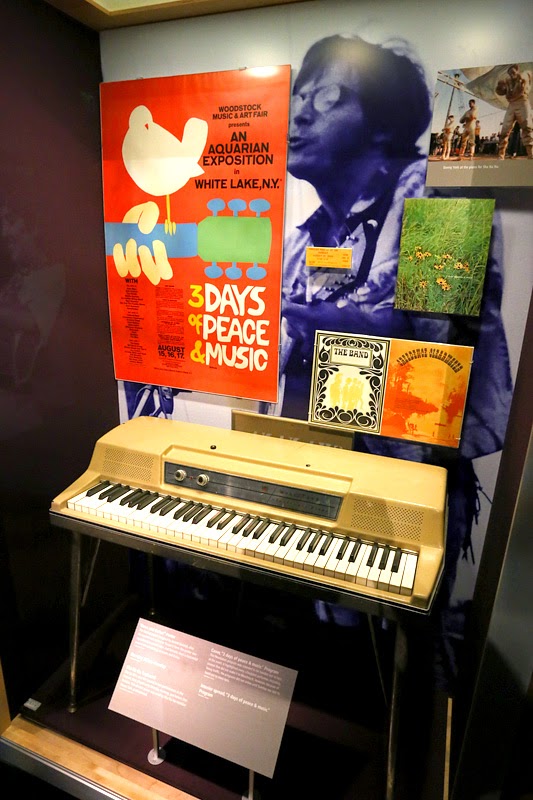 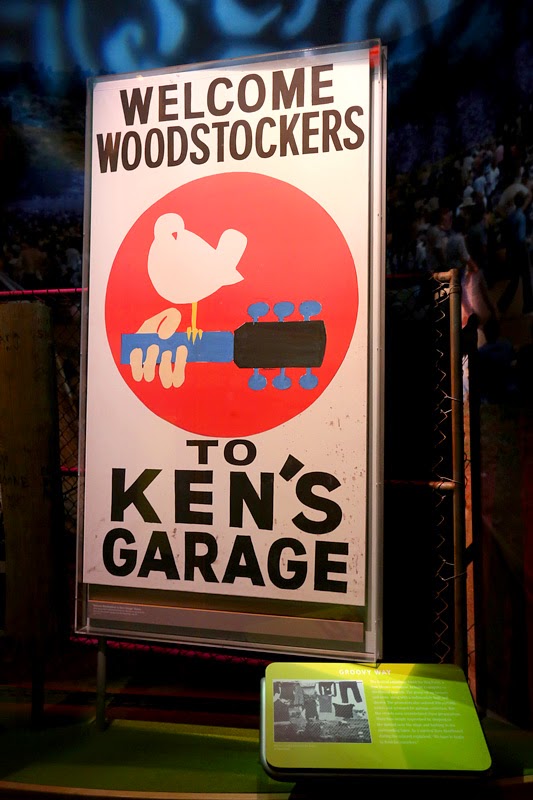 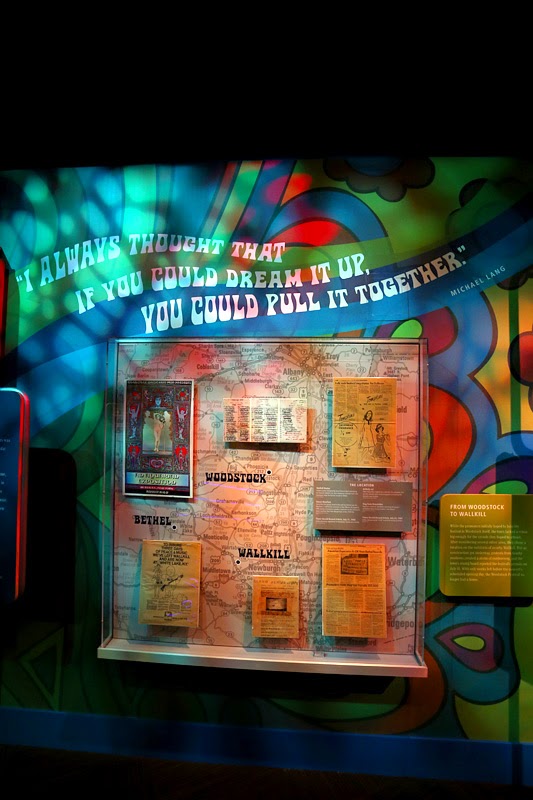 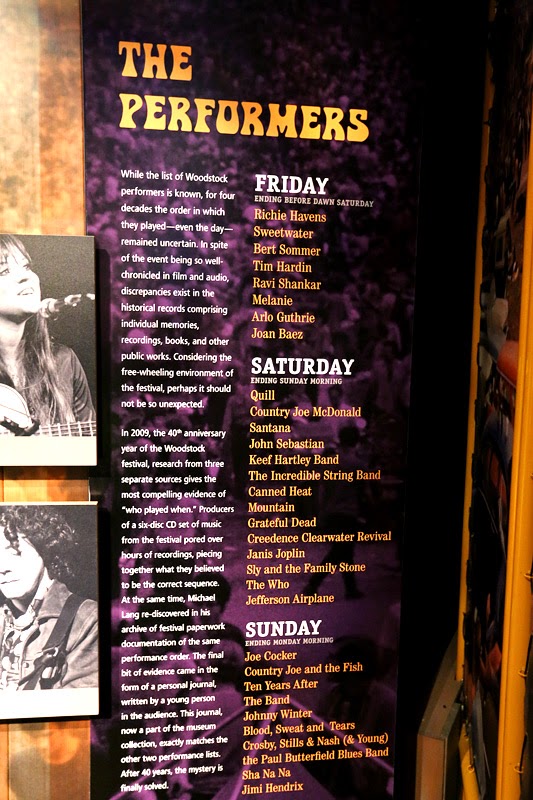 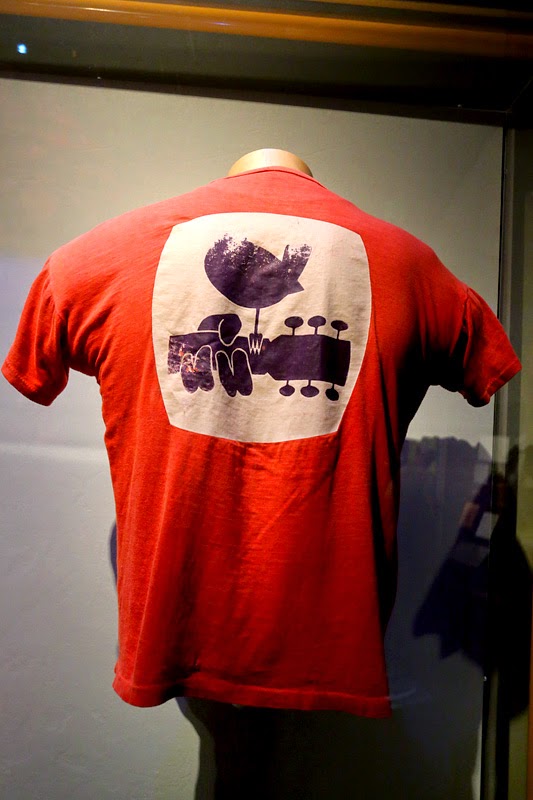 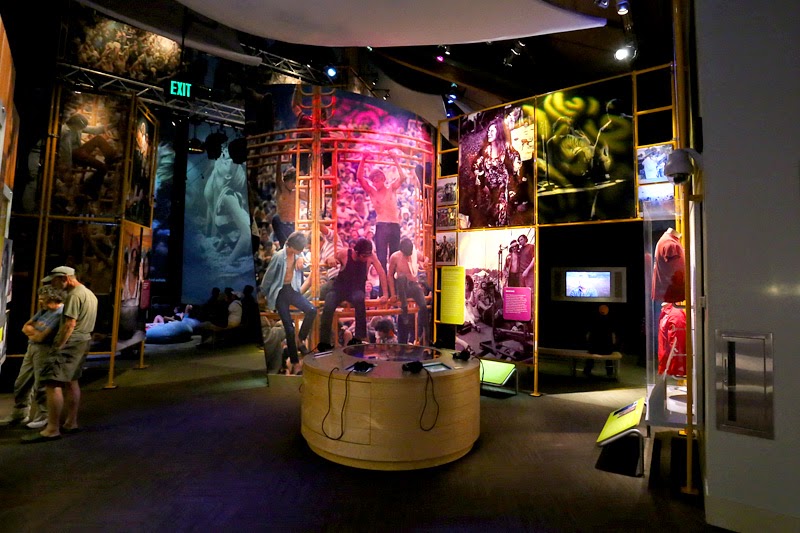 I mentioned that they have special exhibits here, and I was lucky enough to see the "America Meets The Beatles" exhibit on the lower level of the museum. Of course, I wasn't nearly old enough to see their American television debut, on The Ed Sullivan Show, on February 9, 1964 but, like many of you, I suspect, I've seen it a thousand times.

The collection of Beatles memorabilia is impressive, and covers the band's entire history:

Of course, it would be a sin to visit this place and not venture over to the actual site of the festival. It's a natural amphitheater, now with pristine grass growing under the same skies that heard Richie Havens playing the first chords of the festival as he opened with "From The Prison". The story goes that no one could decide who would go on first due to so many performers being delayed by the traffic on the Thruway. Havens grabbed his Guild guitar, strode to center stage, sat down and launched into a fiery three hour set which climaxed with "Freedom", arguably one of the most memorable performances of the entire festival.

As you stand at the Woodstock monument overlooking the festival site, you can see the 400,000-plus music fans dancing in the downpour, and you can hear CSN as they played what was only their third live performance as a group. You can hear the admonition to steer clear of the brown acid and you can hear the opening strains of Jimi Hendrix playing the Star Spangled Banner. You can see the trash left behind, the downed fences which kept out no one and the clothes strewn about by those who decided they simply no longer needed them.

In short, a visit to this monument, and to the museum, is the only way to truly get a sense of what it was like to be here 45 years ago as Arlo Guthrie proclaimed "The New York State Thruway is closed, man!" You won't feel like you were there, but you'll definitely feel like you wish you had been...
at September 25, 2014 No comments: