Well, as you can see, the blog has a new name. I liked "The Beaten Path", but the reality is that it didn't quite fit the direction that I want the blog to take.

About 15 years ago, I started traveling pretty extensively. I was what the TSA refers to as an "experienced flyer". I learned a lot of tricks; what to do, what not to do, and how to make your trip, be it in the sky or on the ground, go smoothly.

Much of my travel was business related. Being the Canadian Regional Sales Manager for Taylor Guitars meant that I was flying half a dozen times a month and then, once I got there, I was driving pretty extensively. I was staying in hotels. I was dining out. I was renting cars and paying for gas, all on an expense account. That meant I had to keep pretty meticulous records regarding what I spend and what I did.

I'm still traveling, but it's primarily for leisure nowadays. The occasional photo job might require some travel but, for the most part, I'm traveling for fun and I'm loving it.

So, the point of this blog will slowly, but ever so surely, shift to one of sharing travel tips, destinations, do's and don'ts, etc. "The Beaten Path", I often said, was little more than a self-indulgent ego stroke. "Great Big Open Road" aims to be more than that.

If you find this page helpful, let me know! If you have travel suggestions you'd like to share, send them along and I'll get them posted and properly attribute the tips!

So, let's see if this little endeavor pans out!

It's no secret I love to drive. Given enough time, I would rather drive anywhere than take a plane. There's just something about being on the road which breathes a little extra life into these aging veins of mine.

Now, I've driven cross country three times. I've driven from San Diego to Portland, Florida to New York and countless shorter trips in between. I just dig the road. And, if I'm lucky enough to be on the road with my camera, all the better.

Such was the case recently when I hit the Blue Ridge Mountains. I was staying with friends in Moneta, Virginia, which is really only a stone's throw away from the Blue Ridge Parkway.

The Blue Ridge Parkway stretches for 469 miles, from Rockfish Gap, Virginia on the northern end and Swain County, North Carolina on the southern end. The entire parkway has a speed limit of 45 mph but, trust me, you don't really want to go any faster than that. First, it's dangerous, especially at night. There are no street lamps, but there is plenty of wildlife. The last thing you want to do is hit a bear at 65 mph at three in the morning.

More importantly, though, you don't want to miss all there is to see. The Blue Ridge Parkway is, quite simply, one of the most beautiful thoroughfares in the entire country, if not the world. Take your time and see it. Don't be afraid to pull off and kill an hour or two.

There is no shortage of amazing photo ops along the parkway. One, Mabry Mill, is touted as being the most photographed site on the parkway. Over a quarter of a million people visit the site every year.

There's also an excellent restaurant at Mabry Mill. Just be careful when you order. "Give me a good ol' southern breakfast" clearly means different things to different people!


Remember the old "Andy Griffith Show"? It was set in the fictional town of Mayberry, North Carolina. Well, my friends, Mayberry isn't entirely fictional. No, not at all. Mayberry, Virginia (they actually lost the "RFD" designation in 1922) lies along the parkway near the town of Meadows of Dan. The general store there boasts everything you might expect to find in a general store, including photos and autographs of some of the television show's cast. 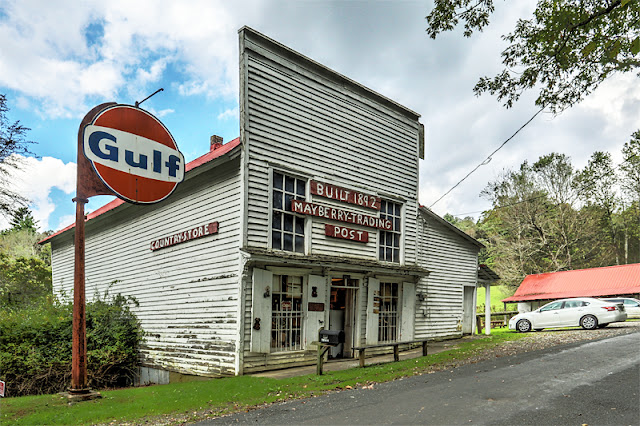 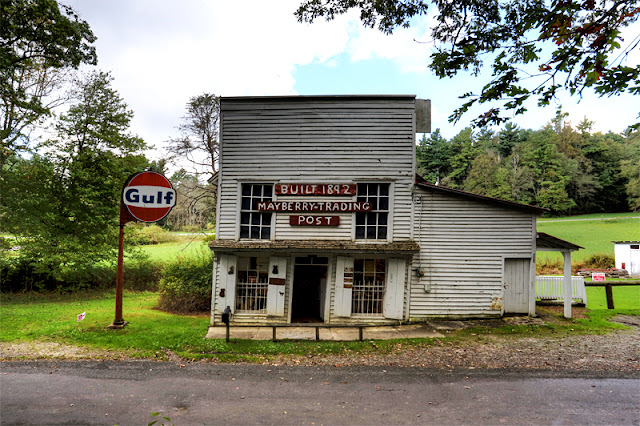 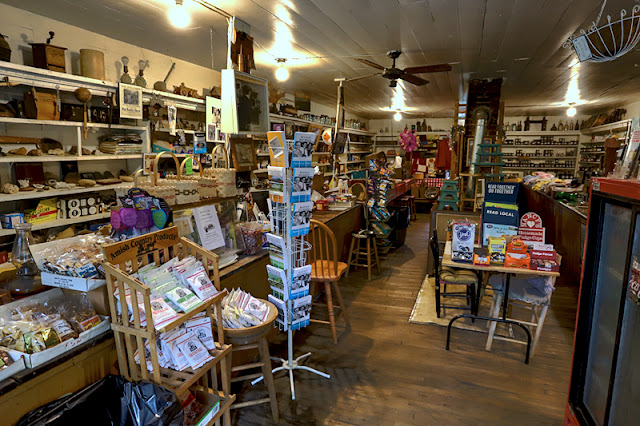 Of course, there's simply no way to express just how truly beautiful the Blue Ridge Parkway is. You simply need to experience it for yourself. And while, at less than 500 miles, it's certainly possible to drive the entire length in a day, I'd recommend breaking it up over a long weekend so you can truly take in and appreciate everything you'll see along the way. The short amount of time I spent on the Blue Ridge Parkway has earned a full-length run a spot that's rather high on my bucket list.

So, if you're so inclined, grab your camera and an overnight bag and venture off onto one of the most pristine roadways to be found anywhere.

You can thank me later...