As I've said, the entire point of my making the long drive cross country was to ultimately get to the small town of Poyntelle, Pennsylvania. I'd been hired to be the photographer at Camp Poyntelle Lewis Village, a Jewish sleep-away camp. I'd never done anything like this before, and I was both eager and apprehensive. For the first time in my professional life, every dime I earned would be earned with a camera in my hand.

Poyntelle is a ridiculously small town. The population is an impressive 103 in spring, winter and fall. But when June rolls around, things change. The population can triple in size with the arrival of summer campers. It's an older town, with almost no industry save for a few dairy farms in the area. It is not, by any measure, a thriving metropolis.

After leaving my cousin's house in Pennsylvania, I drove to my Dad's to spend a couple of days there. The Director of CPLV and I decided that I my first day working would be on Thursday, June 20th. I arrived in the afternoon of June 19th. Wednesday would be my "move in" day, and I had a mountain of things in my truck which hadn't seen the light of day in the better part of a month, and I wanted to get them out of there. My move in went smoothly.


Every year, a couple hundred kids and counselors converge on the camp, and it springs to life for eight weeks between mid June and Mid August. This was going to be a challenge for me, but a welcome one. Our goal was "every kid, every day". Sometimes we hit that mark and, for a variety of reasons, other times we didn't. It was a daily goal, though, and it served us well.


In the past when I traveled, I would often spend time in some really nice hotels. Well, this was going to be a little different. While there was certainly nothing "swanky" about my digs at CPLV, It was nice to have a private room with a private bathroom:


CPLV is comprised of two sides. The Camp Poyntelle side is for younger kids, and the Lewis Village side is for the older campers, and they're separated by the lake, with only a single dirt road connecting them. As I was going to be the sole photographer, I was going to need some reliable transportation:

Aside from one instance when my cart was stolen (I say that jokingly) and then wrecked, it served me very, very well:

And, occasionally, my reliable transportation was this:


The camp actually has some pretty nice facilities, and I shot in all of them. Here's just a taste of what I did on my summer vacation: 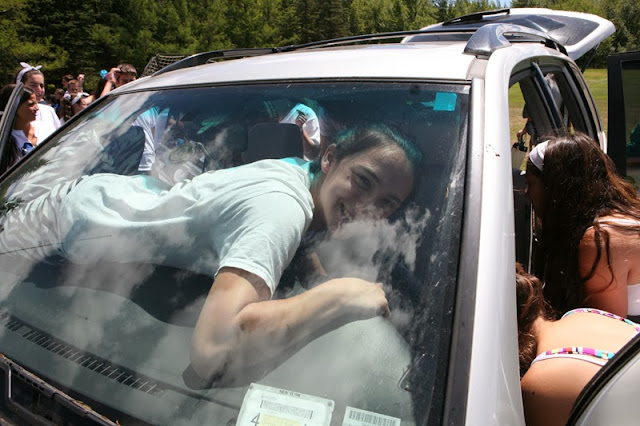 Aside from the usual camp accouterments, there were other things to see, as well. In this area of Pennsylvania, wildlife abounds. While I'd heard rumor that there was at least one bear on the grounds, I never saw it, despite the fact that there's not a section of the camp where I didn't spend time. There was also a spotted grouse, named Rufus, who would attack passersby. No, I was never able to get photos of either of those. I never saw the bear, and I was too busy fighting off Rufus. But there was other wildlife which was more readily available and, in some ways, quite accommodating:

One of the side benefits to working here was the surrounding area. It was very rural and, as such, offered up some unique shooting subjects. The area is replete with farms, so there was no shortage of available opportunities. I just had to go out and look for them:


Now, as much as I enjoy shooting a good barn (I mean, you know, who doesn't?), there are few things which can top a cool church. I'm not talking about a Crystal Palace-type church that you see on television on Sunday mornings. No, I'm talking about those old school, fear of God-type churches:


Old churches are cool, but old cemeteries and graveyards can be even cooler. Not far from the camp, right along the road, was a graveyard which seemed to be for only one family. I couldn't really find much information on the family, at least not that I could verify. Still, this little graveyard was screaming to be photographed, so I obliged:

In the time I spent at Camp Poyntelle Lewis Village, I estimate that I shot in the neighborhood of some 23,000 photos, give or take a few hundred. During those eight weeks, both of my cameras needed significant work. The front control wheel on my 40D died on me early on, and the shutter on my 5D died two days before the end of camp. Repairs were a few hundred bucks, and I had to suffer through the down time of not having those cameras as back-ups to the other. I'd wake up too early, go to bed too late, argue with my boss, miss meals, shoot in the rain, make up with my boss, shoot at night, lose sleep, lose memory cards, find memory cards and, all the while, try to take at least one photo of every camper, every single day. That proved to be a chore sometimes, but it was also a welcome challenge.

The trip of a lifetime culminated with eight weeks in one of the most unexpectedly idyllic spots I could imagine, with some of the most wonderful people a person could ever hope to meet. The drive, the problems (remember Montana and my transmission?); all of it was made worthwhile when I rolled into Poyntelle, Pennsylvania.

I'd like to think they'll ask me back, because I'd love to do it all again.

Someone asked me about my blog; about visiting all of these places and writing about them, and whether or not I actually enjoy the process of going from "Point A" to "Point B".

Well, I really do enjoy "the drive". I love being behind the wheel, especially if I'm going somewhere I've never been before, going to see something I've never seen before. And, when I'm able to get some down time, I really do enjoy editing the photos I took and writing my blog. It's just a way for me to share what I've seen, understanding that, sadly, most people either won't, or won't be able to, take the time to see it for themselves.

For me, though, what's sometimes equally enjoyable is seeing those things that "just happen" along the road. If I'm lucky, I'll grab a shot but, more often than not, I end up not getting a shot of something I'll probably never see again.

Well, this installment of "Travels & Tribulations" will have no theme other than "On The Road". Contained herein are some of the more unusual, quirky, weird, nutty, silly, stupid and funny things I've seen along the road. I'm not here to justify or explain them. If anything, I'm here to make fun of them, and only because they caught my attention. 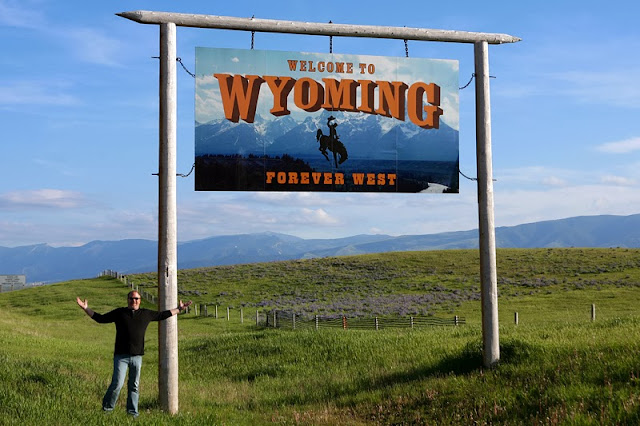 The road can be another world sometimes. Whether you're screaming across South Dakota or taking a break in a Kansas City eatery, the things you can see can be pretty amazing. Like I always say, though, there are a lot of things to see out there. You just need to get out there and find them.