Our second day in the Boston area was going to be spent, in large part, on the road.

We decided to head to Cape Cod; all the way out to Provincetown. It would be about a 2-1/2 to 3 hour drive, but all of it would be along roads we'd not yet traveled. Needless to say we were looking forward to it. Our weather wasn't the best; it sprinkled here and there during the drive but, as we got further east on the Cape, it dried up a bit.

Driving, of course (as opposed to flying or even taking a bus) affords you the opportunity to stop when you want, for as long as you want. We happened to find a small flea market (swap meet for those of you on Pacific Standard Time) along the way and decided to stop. Most of what was there was junk, but I did manage to find something I'd had as a kid. Who knows where that one is now, but this new one looks pretty good on the shelf near my desk:

This is one of those old English made ones which, these days, can command a premium price. The seller wanted ten bucks, and I didn't have it in me to negotiate, plus my Dad worked for Esso before it became Exxon, and I really wanted it.

The drive top Provincetown is an exercise in patience. It's just a two lane road, and the speed limit, if I recall, only goes up to 45mph. That said, though, the silver lining is that you get to actually look at what's around you.

Once arriving in "P-Town", we began the chore of finding a parking spot. Being a Saturday, the streets were very crowded with tourists (like us), but we finally found a spot on the north end of town. I dumped some change in the meter and we were on our way. If you visit Provincetown, be prepared to walk. It's certainly conducive to that, and the number of people on the street doesn't make navigating an car through the streets and easy endeavor.

We were only visiting for the afternoon, but if you were planning on staying overnight or a couplpe of days, there's no great shortage of bed & breakfasts and, one would presume, Airbnb's, as well. Hotels are scattered across the landscape, as well, but don't go looking for too many Holiday Inns or Marriotts. Most of the hotels here are independents: 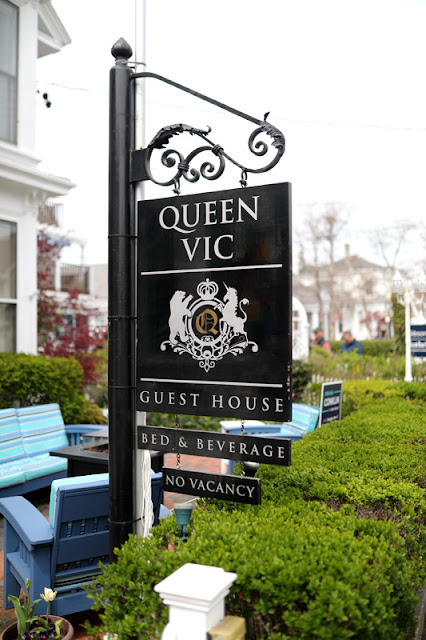 As the drive had been a bit on the long side; the better part of three hours, we wanted to make good time so we didn't stop along the way to eat. Besides, how could we come to Cape Cod, and all the way to P-Town, and not sample the local fare?

There are plenty of eateries in P-Town, although many of them were still being affected by Covid in terms of occupancy. The restaurant we landed in, Vorelli's Grille, seemed to be doing a robust business, although they did ask that we sign in with a name and phone number in case it was needed for contact tracing. 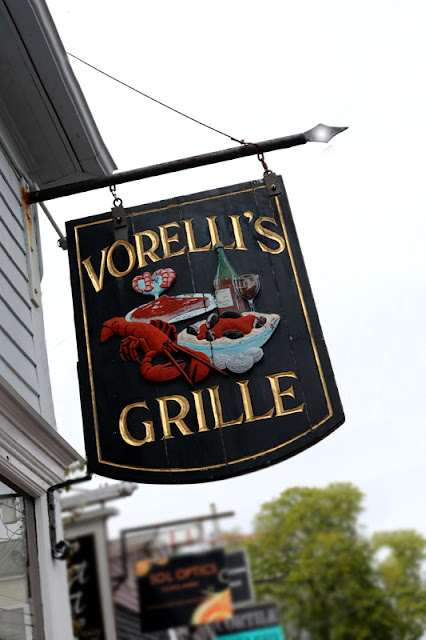 Our lunch at Vorelli's was ridiculously good. While Jess chose one of Vorelli's burgers, I opted for the more regional lobster roll. It quickly climbed to the upper reaches of the "best meal I've had on this trip" list:

The decor of Vorelli's is as comfortable as it is welcoming. Work from local artists works hang on the wall, and stained glass subdues the daylight coming in through the windows. The staff was fun and friendly, and they're totally on-point when it comes to "checking in" with you as you dine. If I ever happen to find my way back to P-Town, that lobster roll will definitely be among the dining choices I'll make.

Following lunch, we decided to simply walk along the main drag and take it all in. Photo ops abound along the road, be it storefronts steeped in nostalgia or artwork and wares for sale from street side vendors. Every so often we'd even venture into a store to see what they had. 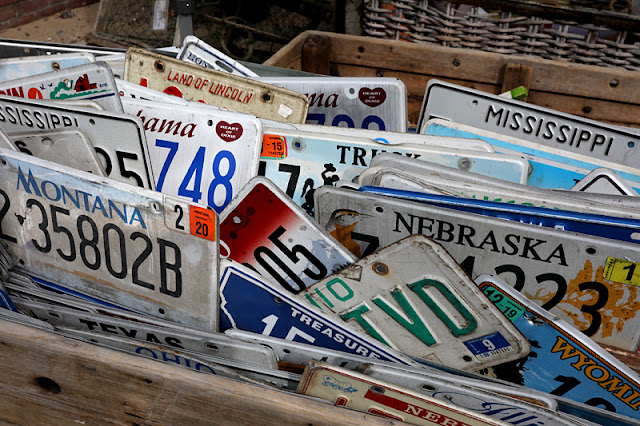 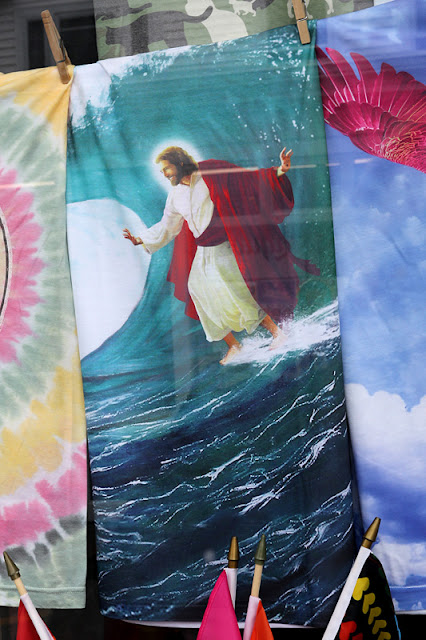 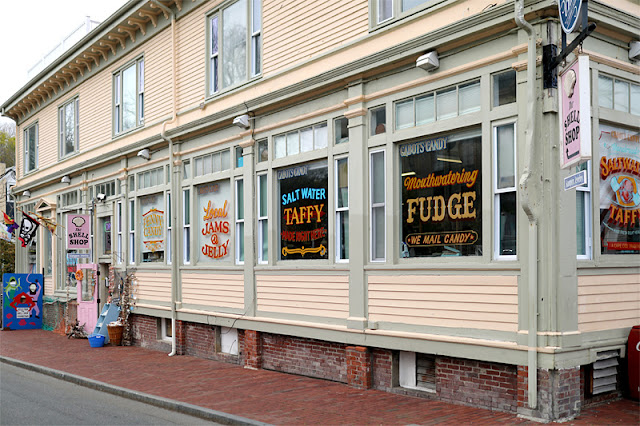 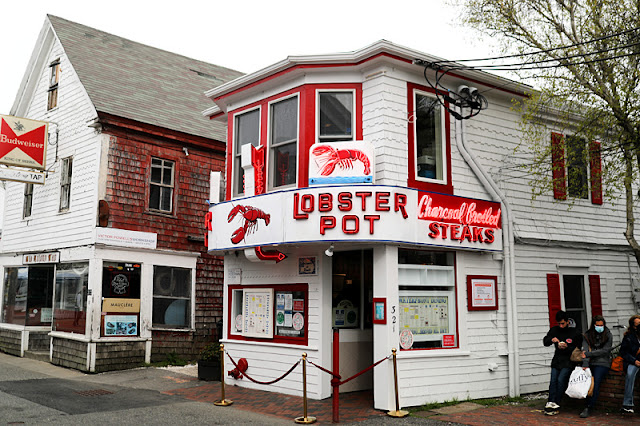 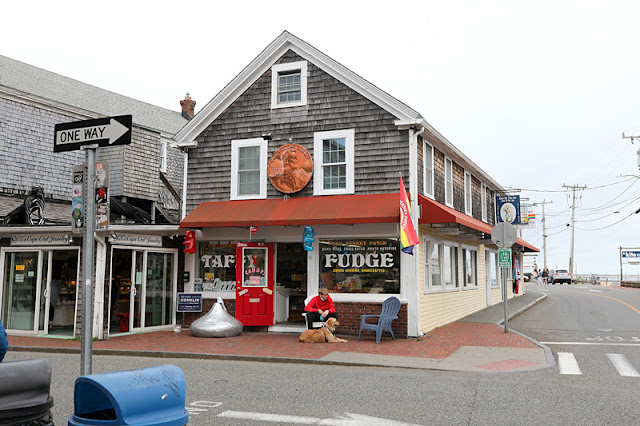 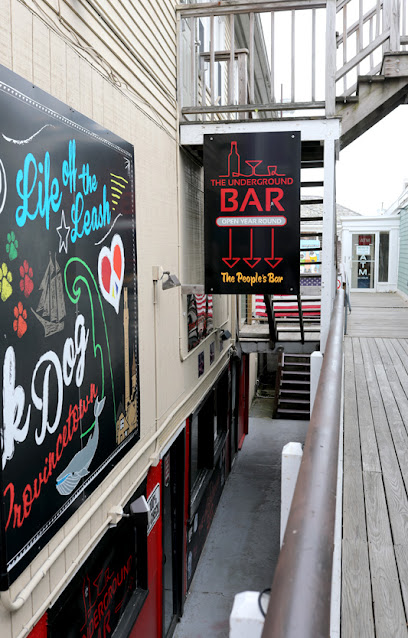 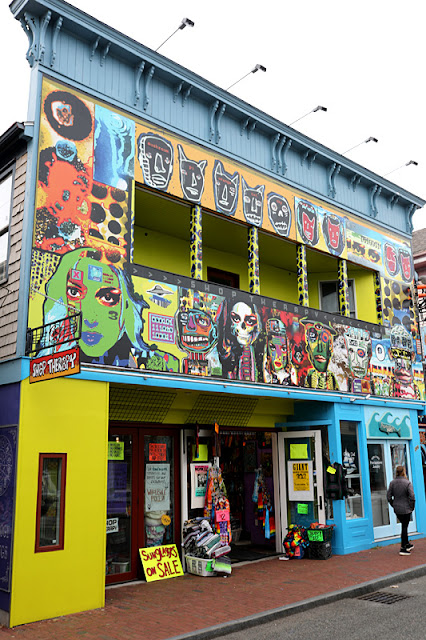 There's also an small mall-type set-up with numerous merchants. Many of them were closed (thank you, Covid!) but there were still enough to make a stop worthwhile: 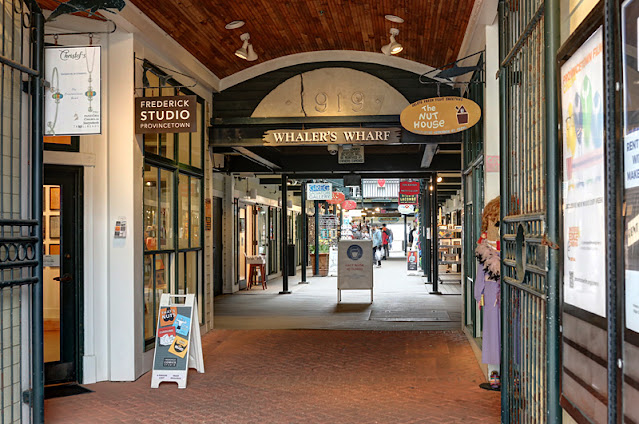 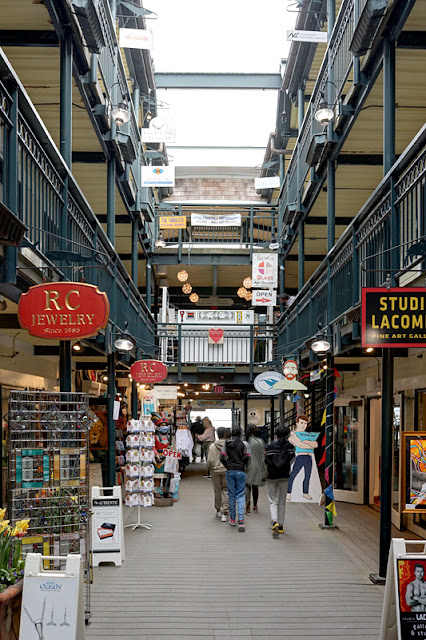 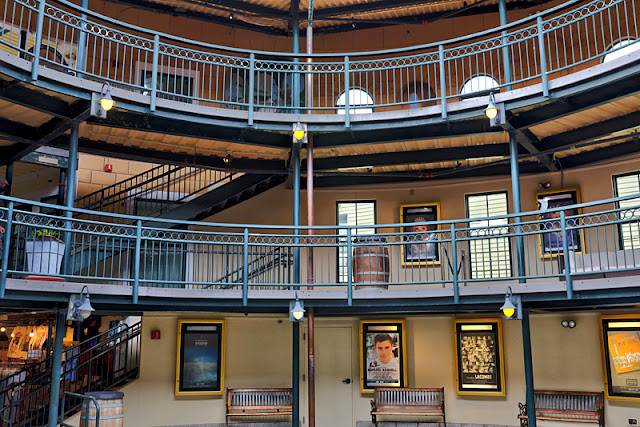 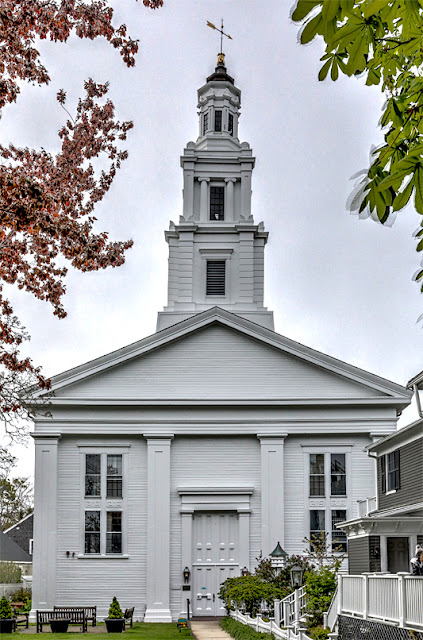 If you're looking for a place which will probably look exactly as you see it in your head, Provincetown is probably it. From the funky shops and beachside inns to the wide array of restaurants, the charm of P-Town is lost on no one.

Now, the thing about having a three hour drive to P-town is the inescapable fact that we were to have a three hour drive back to Kenny and Karen's house in Ballerica. Well, we figured if it was going to be three hours, we might as well make it four or five.

Now, I don't think it's any secret that I like shooting old churches. I love getting inside to shoot them but, when that's not an option, the outside will have to do. In this case, it was the First Congregational Parish, which was founded in 1827. It wasn't very striking from the outside, but I could tell from the second story windows that the inside would probably offer up a great photo op: 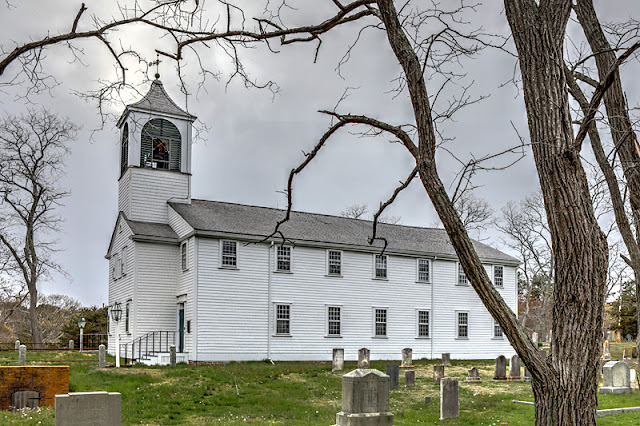 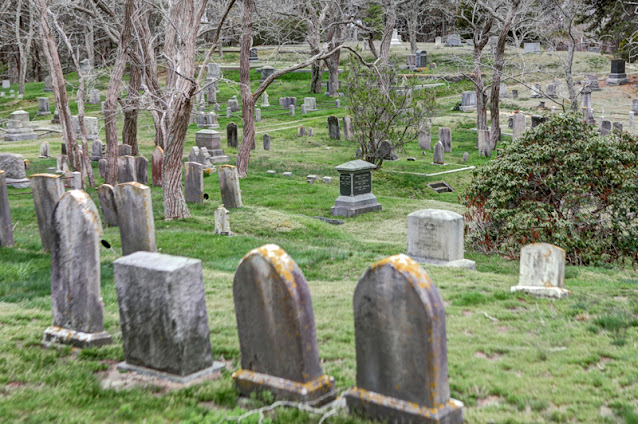 To be honest, this church and cemetery was a little on the creepy side. I can't really put my finger on why I felt so creeped out, but I was happy when we were finally pulling away.

We decided, pretty much at the last minute, that it would be downright criminal for us to come to Massachusetts and not visit the one place where it all began. The one place where the Pilgrims first hit the soil in the new world: Plymouth Rock.

Now, to be frank, there's a lot of skepticism as to whether or not this is not only the actual place, but also whether or not it's the actual rock. Some actually believe that the Pilgrims landed in Provincetown as much as a month earlier.

Be that as it may, though, the current location and the current rock are, in fact, considered to be accurate.

In 1920, the rock was temporarily relocated so that old wharves could be removed and the waterfront re-landscaped. During this time, a new Roman portico was built in such a way as so, when the rock was returned to the site, it would be at water level but still protected.

In all honesty, given its iconic status in our country's early history, I expected it to be bigger. It's estimated that the rock pictured above is approximately now only 1/3 the size of the rock that William Bradford originally stepped on in 1620.

When I travel, one of my favorite things to do is to visit those places which, for so long, occupied only a mythical place for me. Was there really a Plymouth Rock? I always figured there was, but it took almost 59 years for me to actually see it; even a photograph. This whole area of the country is richly steeped in such history, and it could take a year to see it all.

But we didn't have a year, so we had to get busy. We called it an early night after making it back to Ken and Karen's. We had plans to head into Boston early the next morning for what would likely play out to be another long, full day... 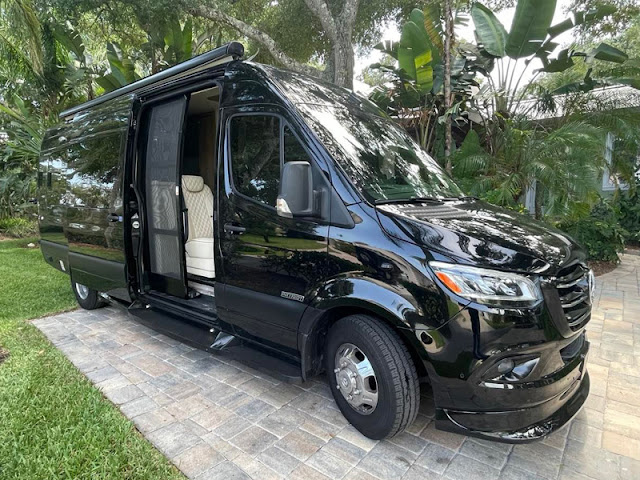