We finally made our way to Ohio, which is where I was going to have repairs made to the car. We were able to stay with friends for the duration, which definitely helped. Not only did we get to spend time with friends, but I also saved the cost of two hotel rooms a night for a week while my car got repaired. I got a rental (a Nissan Rogue; I don't recommend it) and we settled in for our stay in Wooster, Ohio.

And in case you're wondering why I enjoy Wooster, which I've written about before, here's a reminder: 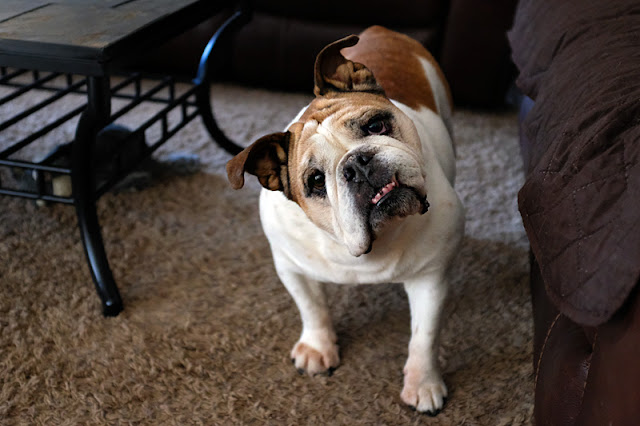 Chloe. How can you not fall in love with that face?

We had a couple of days planned, and we wasted little time getting busy on our checklist. Our first stop, and one I've made before, was to the Rock & Roll Hall Of Fame. Jess had never been there, but I knew she'd enjoy it.

The Hall of Fame appeared a bit different than when I'd visited a few weeks earlier. That's because this was NFL Draft Weekend, and the actual draft was taking place just a stone's throw from the Hall of Fame: 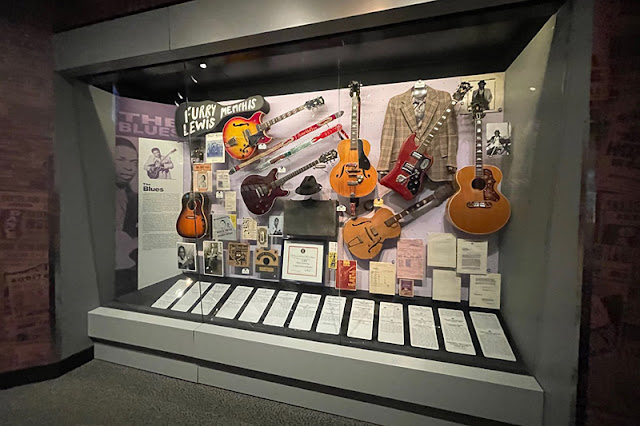 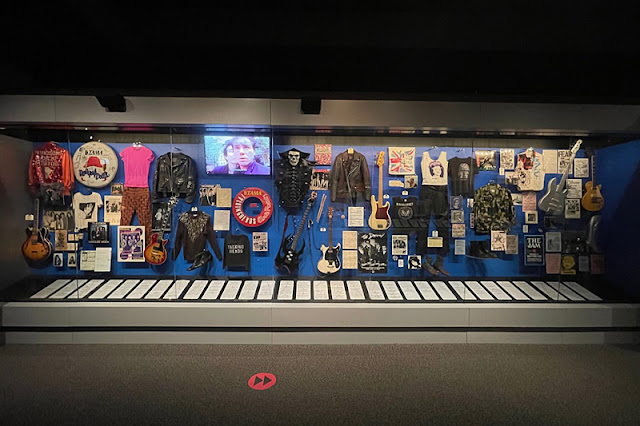 While most of the displays were the same as when I'd last visited, the HoF did start a new exhibit dedicated to the Super Bowl and, more specifically, to the halftime shows.

Each exhibit had little blurbs about the particular Super Bowl performance being highlighted in that exhibit. The most impressive show, though, had to be Price's halftime show in 2007 in Miami. The weather was treacherous; thunderstorms and sideways rain. When asked if Price was okay to perform in that weather, his response was "Can you make it rain harder?" He went on to give what is widely regarded as the finest Super Bowl halftime performance ever.

The Rock & Roll Hall of Fame, as you might suspect, implements Covid-19 safeguards and social distancing standards, so it's easy to view many of the exhibits without getting too close to anyone you don't know. Tickets for adults are $28, which is well worth it if you've got the time to explore the entire museum. They also offer a discount ($25) for first responders, military members and Veterans and and students...