Since we had the rental car, we decided we wouldn't let it just sit in the driveway, so we decided to do some day trips. Our first would be to the south, to the town of Point Pleasant, West Virginia.

Now, for most people, the name "Point Pleasant" carries little, if any, significance. To most, it would probably be little more then a black dot on a map, in a state they will probably never visit and, if they did visit that state it probably wouldn't be to visit Point Pleasant.

But then there are others. There are those people; my daughter would be one of them, who come to West Virginia specifically to visit Point Peasant and to learn about the tragic 1967 collapse of the Silver Bridge, which spanned the Ohio River beginning in 1928. Many of these folks believe that the tragedy is, somehow, linked to sightings of  what is known as "The Mothman":

The Mothman is considered a harbinger of imminent disaster that inhabits an abandoned TNT factory from World War II.

Naturally, and as you might suspect, when you're in a small town (the population is only around 4,000) and you've got a local legend about something called "The Mothman", you run with it. Accordingly, Point Pleasant is proud to lay claim to "the world's only Mothman Museum": 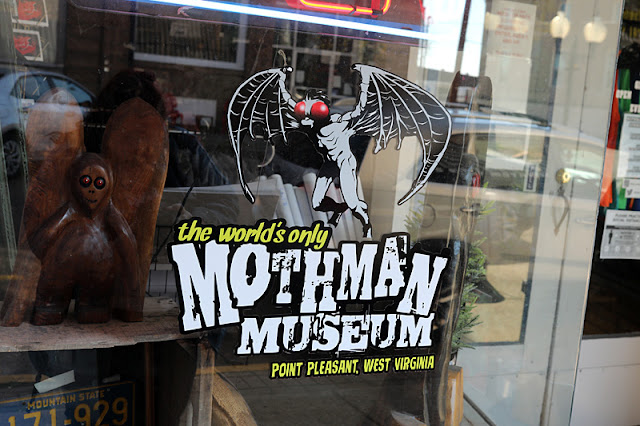 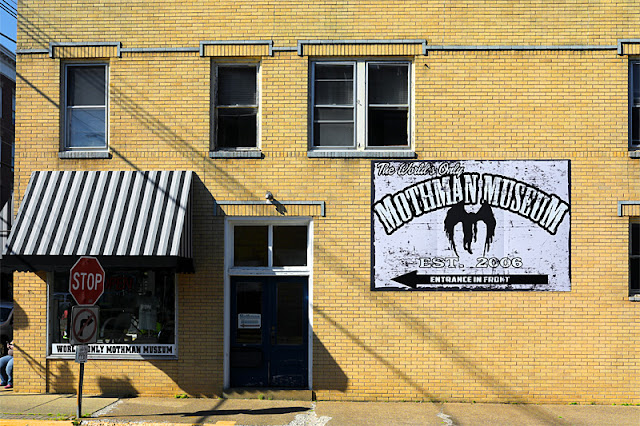 The museum is comprised of pretty much two rooms, with a lot of memorabilia from not only investigations into the creature by the authorities, but also memorabilia and props from the 2002 Richard Gere movie "The Mothman Prophecies":

Now, whether to believe or not is a decision only the individual can make. That said, I have to admit: There's an awful lot of compelling evidence in the museum to suggest that something's just not right in paradise. Much of what you'll see in the museum actually links the Mothman to UFO's and purported "men in black".

Either way; whether you believe the Mothman to be of paranormal or extraterrestrial origin, it's still a damn good story, and one that Point Pleasant has gotten an awful lot of mileage out of.

I don't mean to make it seem as though the entire town is "Mothman" crazed. There are plenty of little eateries (we went to a really good Mexican restaurant for lunch), and there's a really nice park along the river. Of course, when you visit the gift/curio shops, it's pretty clear that they're all too willing to make good use of the town's Mothman connection: 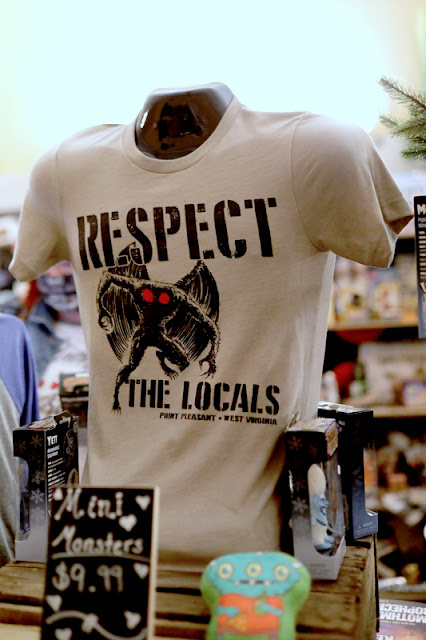 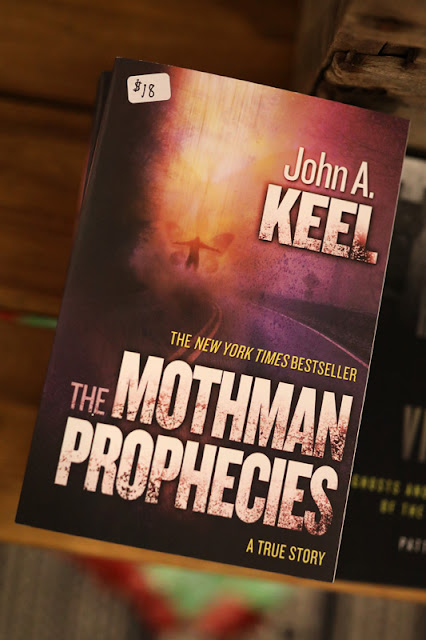 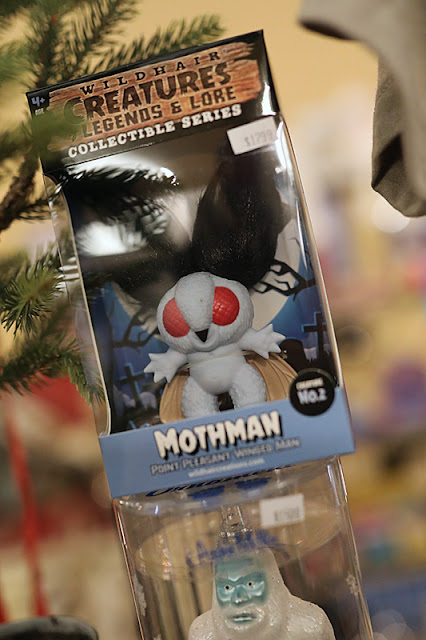 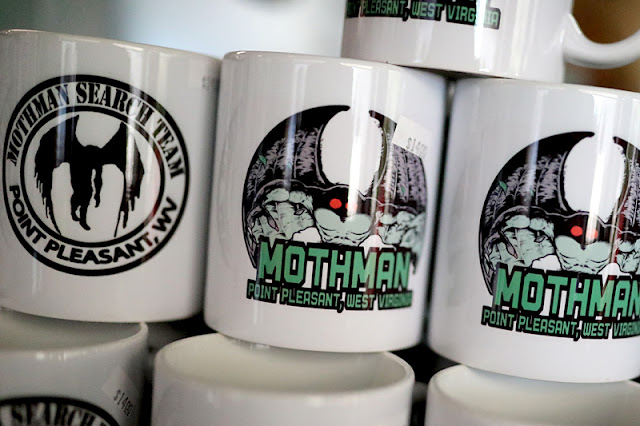 As I said, you can believe or not. Personally, I don't believe in harbingers of doom, but I can certainly dig that others do. And then there are those in the middle, like my daughter Jess (of  Modachrome) who simply enjoy a really good story and, well, if parts of it happen to be true, all the better...