Okay, so we were definitely bummin' because of the events which had transpired, but we put it in perspective. It could've been a lot worse, and the car was still perfectly safe to operate. It was with these two realities in mind that we continued on.

Now, 1990 was a crazy year. Operation Desert Shield began. The Hubble telescope sent its first pictures of space back to earth. Milli Vanilli was stripped of their Grammy for  "Girl You Know Its True".

And the movie "Field Of Dreams" lost the Oscar for Best Picture to "Driving Miss Daisy".

"Field Of Dreams" was a sort  of sports/fantasy movie about average-guy Ray Kinsella, played by Kevin Costner, and his pursuit of some crazy dream to build a baseball diamond in the middle of his Iowa corn field. As the movie progresses he completes it, the Chicago Black Sox come back to play once again, and then they walk off into the Iowa cornfield which serve as the outfield fence.

The baseball diamond is still there.

Located in the small town of Dyersville IA, the site where the movie was filmed was originally two farms owned by two families. 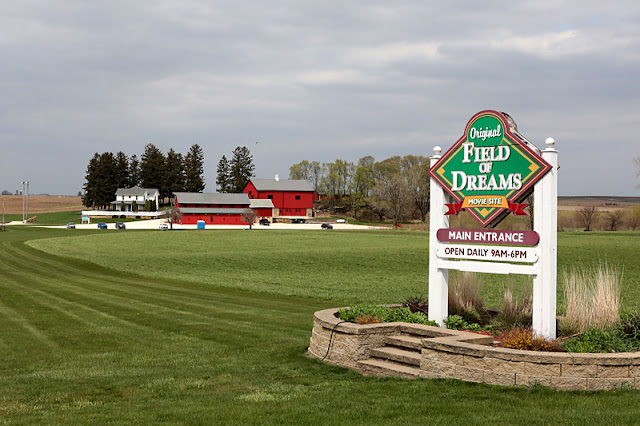 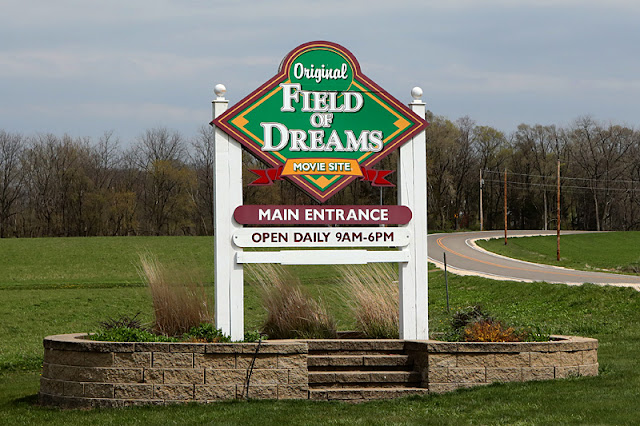 The site was selected primarily because it had "the look". It looked like how an Iowa farmhouse should look. It stood alone on a small hill, stark white and stately in its appearance: 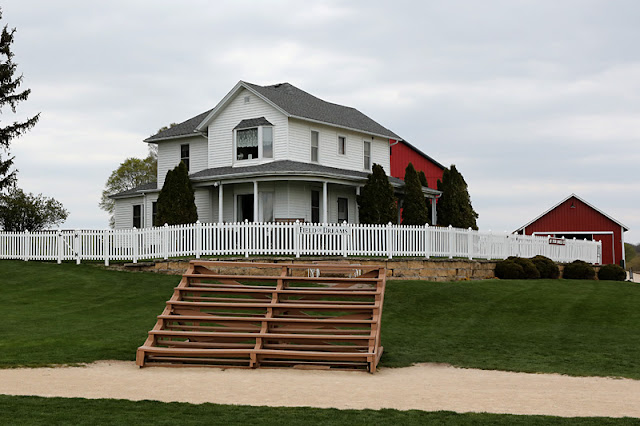 The field is right there, and there's a bat and a ball and a glove for anyone who wants to go out onto the field and get in some reps. But it really is enough just to walk the baselines, imaging making that turn towards home as you round third, or standing on the pitcher's mound, envisioning the batter swinging through, without result, the third strike of the last out in a no-hitter. 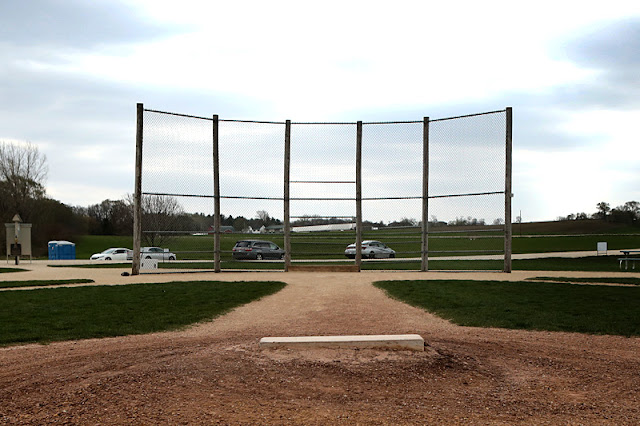 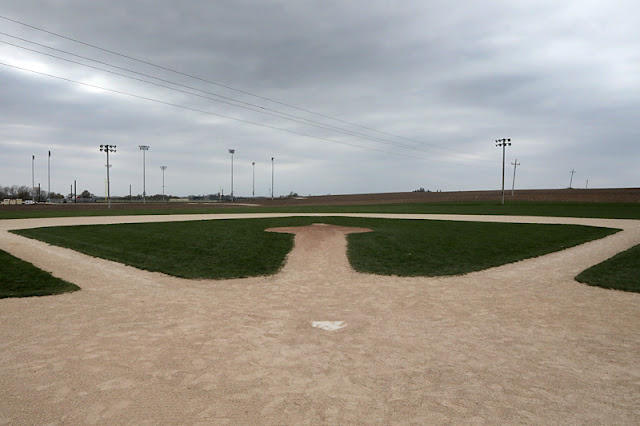 There's no actual entrance fee, but there is a suggested $20 per person donation which we gladly paid. Along with that came a small jar of dirt from the infield. There's also a gift shop with plenty of both baseball and movie related items for sale. Prices are what you'd probably expect: 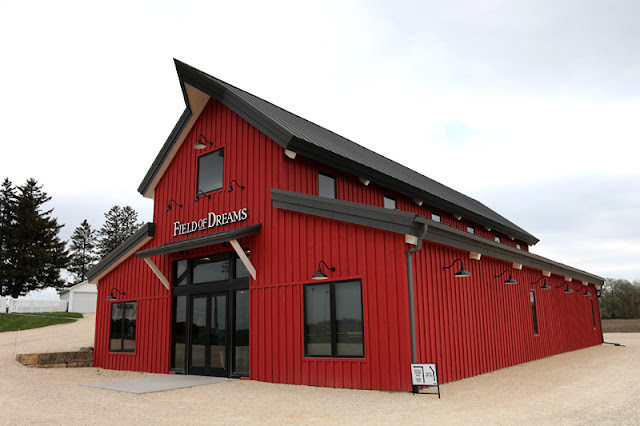 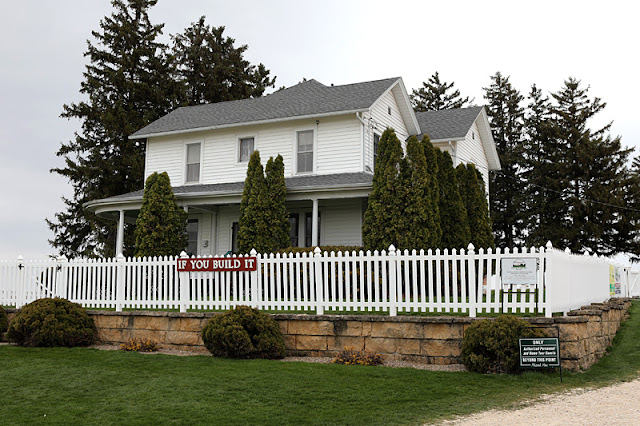 There aren't many points of interest out in the middle of Iowa, but this is one that's definitely worth the drive...