After Boston, it was good to head over to Rochester, New York to spend time with my oldest friend, Mike, and his family. It would be a short visit, but a good one nonetheless.

The drive from Boston was, thankfully, uneventful and that's just the way I like it. We spent much of the first evening down in Mike's studio. It's an amazing room that's physically separated from the rest of the house. Mike spared no expense, and his huge client list serve as a testament to the type of producer Mike is:

After getting situated, Mike and I, joined by his lovely bride Tamara, went to a local eatery for a quick bite. We got back to the house and Mike and I retreated to the studio. We actually picked up a couple of guitars and jammed for a bit. It had been eons since he and I did that and, while it was a lot of fun, my fingers were screaming by the time we were done. I don't exactly have the fingertip callouses I once did!

After coffee the next morning, we decided breakfast was in order. If the meal is good, I swear to God I could subsist only on breakfast if I had to, especially when it's a breakfast like the one served at Steve's Original Diner in Fairport:

After breakfast, we just sort of wandered around town, and decided to take a drive up to the lake shore. Now, while it was nice and toasty warm while standing in Mike's driveway in Fairport, out on the shore of Lake Erie, up around Irondequoit Bay, things were much different. With the wind blowing it was quite cold and, suffice it to say, we didn't last long.

So, after freezing our asses of by Lake Erie, we decided we needed to run over to House Of Guitars. The "HOG" has been in business since 1964, when it was opened by brothers Bruce and Armand and Blaine Schaubroeck. It's been an institution for almost half a century.

While we were there, Mike decided he wanted to try one of the new Fender Acoustasonic Jazzmaster. Now, I'm not gonna' lie. I think this is one of the most butt-ugliest guitars I've ever laid eyes on. But Mike made it sound pretty good while running it through an Orange amplifier:

Another good friend of mine is a bandmate of Mike's. Bobby Bond is the drummer for Gary Lewis & The Playboys.

I normally only get to see Bobby while the band's on tour, so it was nice to get together with him and Mike down at the Tap & Mallet for a couple of beers and some dinner. 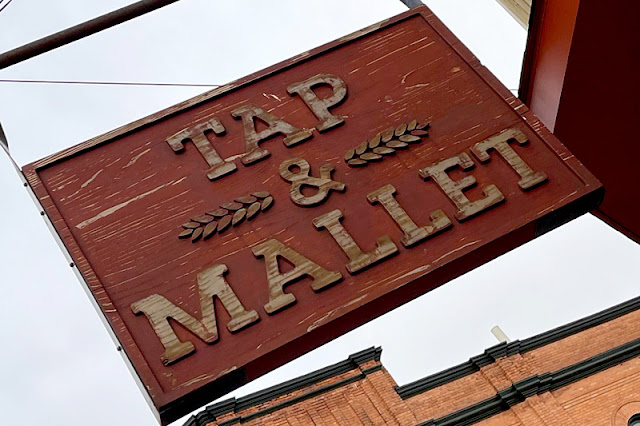 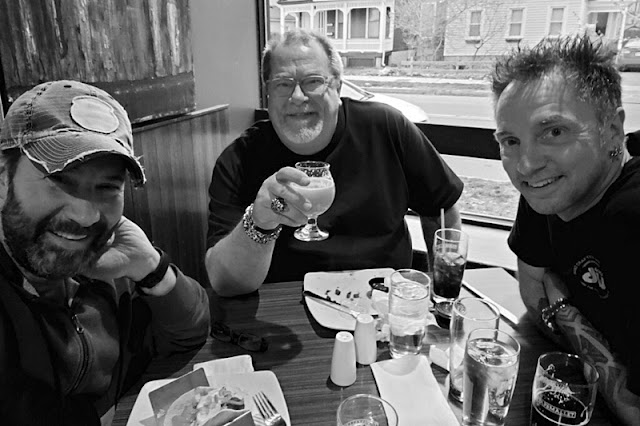 It's fun to hear the two of these guys talk about the crazy stuff that's happened on the road, and also about upcoming gigs, like the one in Las Vegas, in June, that I'm hoping to attend (Covid be damned).  It'll be one the few times I've seen The Playboys when I haven't photographed them.

I ended up getting to bed around 10:30pm or so. I had a drive to Wooster, Ohio on Wednesday and wanted to get some good sleep to help make sure I had a nice, sane, uneventful drive.

As you'll see, it didn't quite pan out that way... 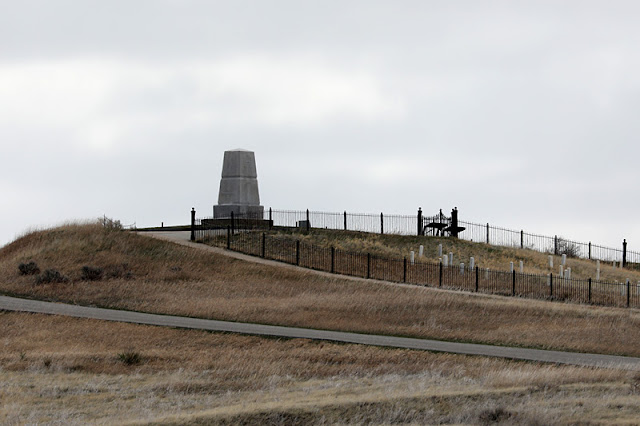