Now, a trip as epic as this will, obviously, require some prep time.

Inasmuch as I could just pack a bag and hit the road, I'm going to try to map out some places where I absolutely want to stop. But, before that, I need to get to my starting point. I need to get to Boston.

It's been a while since I've been to Boston; just shy of ten years, as a matter of fact. I had a little time to do some sightseeing back then, but I was in town on business so sightseeing took a bit of a backseat. I was able to make it to Paul Revere's house and Fenway Park, and I even got some really bitchin' clam chowder.

But, in the end, work won out.

I've got an old shipmate who lives not far from Boston who I hope to see while I'm there. Kenny and I were stationed on the USS Chandler (DDG 996) together back in the mid-1980's. Facebook got us reconnected about ten years ago, and we talk every so often now. It'll be damn good to see him.

Now, I'm going to allow myself two days in Boston, and maybe one night in Virginia and one night in Maryland on my way to Boston. Those, however, depend on the schedules of the friends I hope to visit. If they're unavailable I'll just keep driving.

But once I hit Beantown, the timer gets set for a departure within 48 hours.

Needless to say, there's not a great deal of preparation for the drive north. It's going to be one of those "get there when I can" things. But the next few weeks will be spent mapping out a loose itinerary for the drive to Seattle, points of interest, hotels, etc. I'll make hotel reservations on the fly during the trip (if I make them at all), but that's all I really plan. With the exception of any "must see" sights, everything will be fluid.

After I drove cross country back in 2013, I produced a book entitled "Coast To Coast". In hindsight, I feel as though I made two mistakes with that book. First, I think I should've shot a lot more photographs than I did. Secondly, I think I rushed it with the photos I did have. I pulled the book off the shelf the other day and looked it over, and I was a little underwhelmed. I will probably use the title again, though, as the book isn't currently available anywhere and I have the only copy.

And, as of yesterday, there was a bit of a new development: When I leave Seattle to drive south to Newport, Oregon (to start the return drive) there's a possibility that my daughter will be with me. That'll be awesome, as she's a lot of fun to  hang with.

Oh, and if you're aware of any cool things to see along I-90 or US Route 20 from Newport to Boston, don't keep it a secret! I'll be acknowledging everyone who helps me out along the way, both here and in the book.

So, let the fun begin! I can't think of a single reason to not get started on this...

Initially, I figured I would take my car on this trip. It gets good gas mileage (upwards of 34mpg on the highway) and is certainly comfortab... 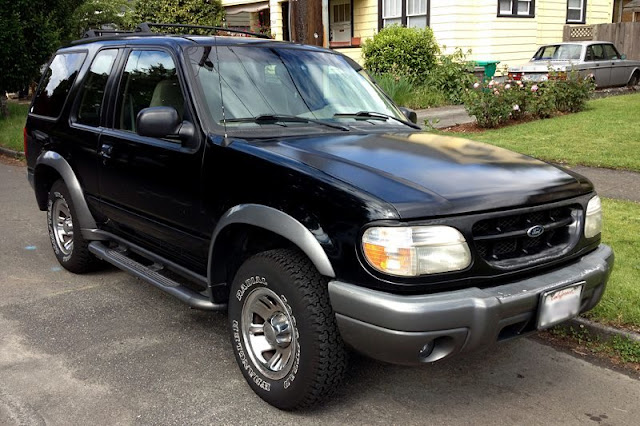