My first full day in Ohio was going to be a busy one. I stayed with my friends Ronny and Gwen. I've know Ron since I was a kid and, quite honestly, he's more of a brother than a friend. It's always good to see him and his family and I waste exactly no time saying "yes" when an invitation is extended.

Waking up that first morning, though, there was neither Ron nor Gwen, nor their daughter Madi. No, instead I was greeted by Chloe, the English Bulldog:

After breakfast (I now constantly crave cinnamon raisin toast) Ron and I hopped into his truck and made our way down the road. Unbeknownst to me, the Ohio State Reformatory was in nearby Mansfield. Not familiar with that? Well, it's where Andy Dufresne was sent to serve two life sentences in the movie "The Shawshank Redemption". The reformatory served as Shawshank Prison, and the movie was shot almost entirely at the prison and in Mansfield. 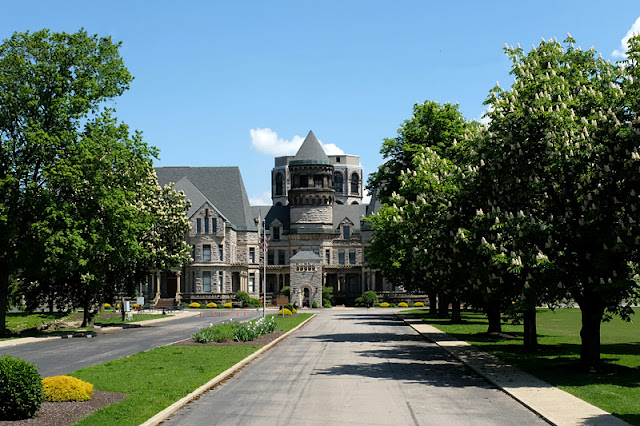 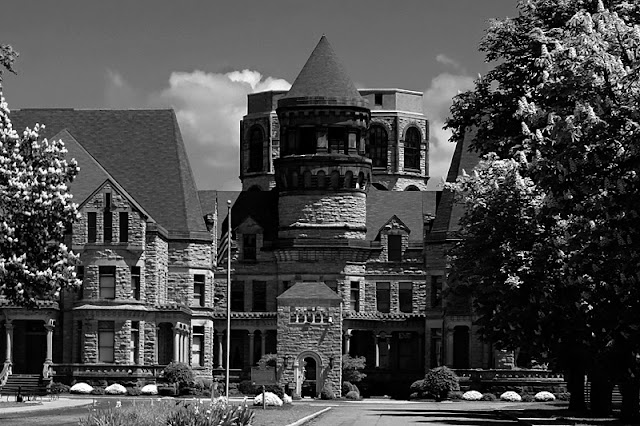 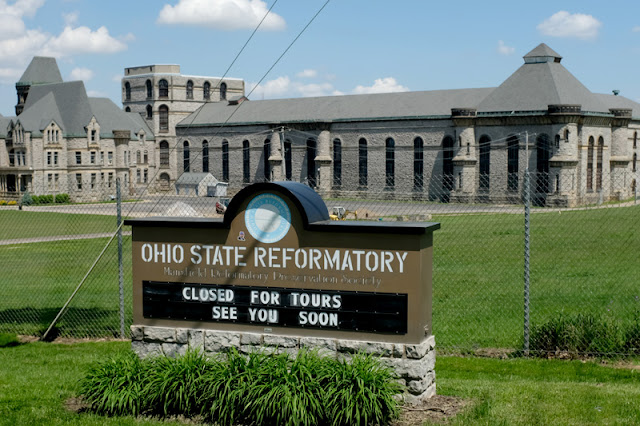 The prison is quite an expanse, and you can explore its 250,000 square feet if you so choose. Admission to the prison for a self guided tour starts at $25 for adults (kids under 6 are free) and $23 for military, students and seniors. Guided tours are a few bucks more.

That's probably a bit more than I would usually spend, but had the prison been open for tours while I was there, I definitely would've ponied up the cash. Aside from the Shawshank connection, this prison has also been investigated by the guys from "Ghost Adventures" on the Travel Channel. I enjoy hitting those sites, as well, when I can, and have visited many of them.

You can also a guided tour of the prison for $30, or even a bus tour of the "Shawshank Trail", which will take you through all of the sites, at the prison and in Mansfield, where the movie was filmed. The cost for that is $99 per person. Unfortunately, only self-guided tours are being offered because of Covid concerns.

From "Shawshank" we drove into downtown Mansfield. I gotta' tell you, getting out of the truck and stepping onto Main Street was like losing 60 years on a calendar somewhere. It was quintessential "small town mid-America". Ronny paid the meter and we started meandering down the street.

I collect vintage cameras, and found a really nice 1930's Kodak Baby Brownie Special, pretty much like this one:


The one I bought is actually in much better condition than the one pictured above. It's in mint condition and works perfectly. Not too shabby for a camera that's 80 years old! Oh, and the best part? It was only $18. Now I just have to find an original box and instruction manual. They're out there, but they can easily cost more than the camera.

We'd been out and about for a while, and it had been a while since breakfast, so we decided to drop into the Coney Island Diner for some lunch. 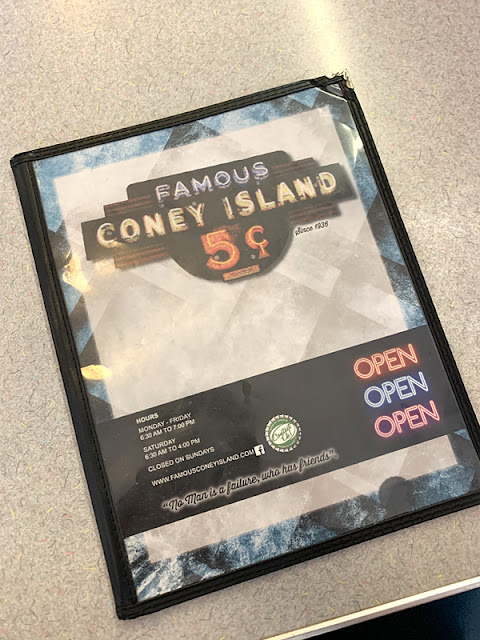 Now, generally speaking, there wasn't a great deal of healthy eating happening on this trip, and this lunch would be no different. I got one hot dog without sauerkraut and one with. Yeah, believe it or not, there's a hot dog in there. The bacon cheese fries were Ron's idea. I tried them, but stuck mainly with the hot dogs.


After lunch, we made our way back to the truck and drove over to the small town of Millersburg to check out some more antique shops. One in particular was pretty cool; three floors in a really old brick building that has to be haunted. There were also some cool finds:


We stepped out of the mega-antique store and found our way down the street, to the Millersburg Brewing Company. I was about ready for a cold one, so Ron consented to my wishes (he doesn't imbibe) and in we went. The air conditioning felt great, and the beer I got (I don't recall the particular one) was so good I had to have two.

It was easy to see, though, that they were still on the comeback trail from the coronavirus. While they had both a dining room and a bar area, only the dining room was open, and people were being seated at every other table. The staff were all wearing masks (we had them if required), but they weren't that crowded.


We ended our day at the world's largest cuckoo clock, which is found in the thriving metropolis of Sugarcreek, Ohio.

Now, when Ronny first told me about this, I was thinking this was gonna' be HUGE. I was expecting to look down into the valley and see this edifice of classic engineering towering over the town.

Well, it was cool enough, I suppose, but I guess was expecting a little bit more. After all, c'mon, the world's largest? Well, truth be told, it is. It was even on the front cover of the Guiness Book of World Records in 1978, so it's certainly legit: 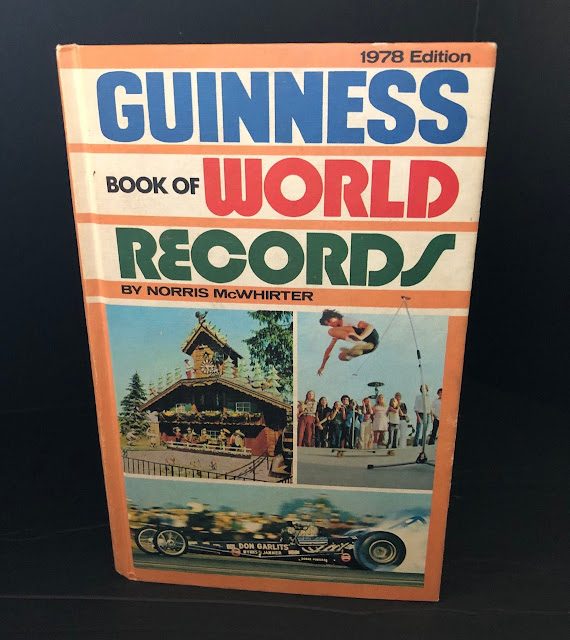 So, yeah, kind of a quirkly little thing is what it amounted to for me. Would I go out of my way to see it again? Probably not, but I'm glad I saw it once, nonetheless.

We'd had a full day and we'd both been thinking about dinner, so it was time to head back to the house and get settled in for the evening. Tomorrow was going to be another very full, if not Covid-abbreviated day. 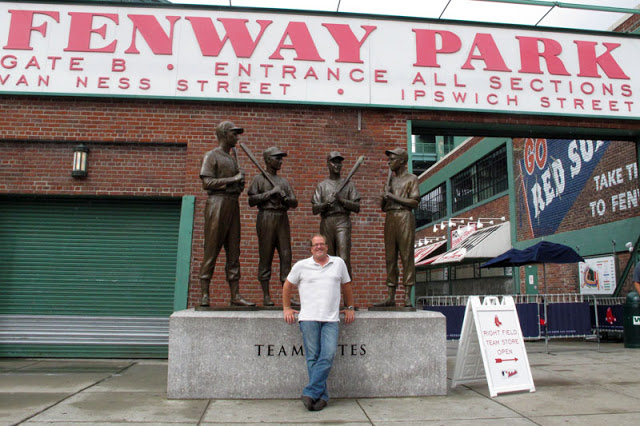