I've been to Chicago dozens of times.

Unfortunately, all of my experiences there have been confined to O'Hare International Airport. So, yeah, I guess it was time to branch out a little bit.

Chicago is still reeling from the effects of Covid-19. Accordingly, we weren't sure how good the trip would be but, it was a sunny day, so we went for it.

We drove from the studio over to the South Bend airport and caught the train for the 2-1/2 hour ride to the Millennium Park station in downtown Chicago, which is where I was really looking forward to exploring. Millennium Park, if you don't know, is home to "Cloud Gate", a sculpture by Sir Anish Kapoor.

Well, you might know it better as "The Bean":

"Cloud Gate" is made up of 168 stainless steel plates which are welded together, although its highly polished exterior has no visible seams. It measures 33 by 66 by 42 feet and weighs 110 tons.

Unfortunately (well, that's what my initial thought was) Millennium Park was closed due to Covid-19. That meant we couldn't approach the sculpture and walk around and under it. This bummed me out a bit. But, I soon discovered that there was a beneficial flip side to that: no one else could walk around or under it, either.

The net result was that I could photograph the sculpture from the sidewalk, crop the image, and have it be free of pedestrians which might otherwise detract from the photo.

All in all I'm happy with the photo I got, with part of they Chicago skyline reflected in the mirror finish of "The Bean".

Another gleaming edifice within Millennium Park, and far more difficult to photograph, is the Jay Pritzker Pavilion. It officially opened on July 14, 2004, and plays hosts to performances ranging from opera to rock.

The construction of the pavilion created a legal controversy, given that there are historic limitations on the height of buildings within the park. To avoid the legal entanglements, the band shell is actually classified as a work of art as opposed to a building.

While waiting on a train, I started messing around with some of the different controls on my camera. I'd not done much with them until now and, hindsight being what it is, I shouldn't have been messing with them now. Somehow, I managed to erase all of the photos I'd taken in the first hour and a half we were in Chicago. I've never done that before and, knock on wood, I'll never do it again. But I did it this time and lost some photos of some really ornate buildings and bridges, as well as some pretty phenomenal graffiti that we came across.

But I did start over with a nice picture of a subway station:

In Chicago, if you live on the "south side" you go watch your Chicago White Sox at Guaranteed Rate Field. But, if you live on the "north side", you to Wrigley Field, home of Major League Baseball's Chicago Cubs. Having opened in 1914, it's been previously known as Weeghman Park and Cubs Park, but it's been named Wrigley Field for the last 93 years. 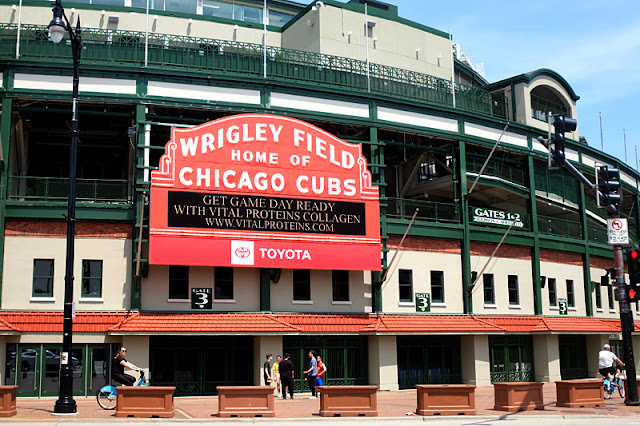 Wrigley Field is as iconic as Fenway Park in Boston and Yankee Stadium in The Bronx but, unlike those stadiums, Wrigley Field didn't host its first night game until August 8, 1988. The Cubs had played 5,687 consecutive day games at Wrigley.  The first night game was against the Philadelphia Phillies, but that game was rained out after just 3-1/2 innings. The first official night game took place the following evening against my New York Mets, a game which the Cubs won 6–4.

Walking around Wrigley Field is pretty entertaining, as there's no shortage of sculptures honoring Cubs greats from the past:


Almost as revered as people like Ron Santo or Ernie Banks is someone who never even took to the field at Wrigley. He never dressed out for a game and, Hell, he probably didn't even own a pair of cleats. But during the 7th inning stretch of every home game during his tenure , Harry Caray would lean out of the announcer's booth window and, microphone in hand, lead the Cubs faithful in a rousing rendition of "Take Me Out To The Ball Game".


And, not far from the Harry Caray statue, and just like at Notre Dame, one could glimpse through the locked gates onto the field:

After meandering around the north side for a while, we decided to start making our way down to the Millennium Park train station, as the shadows were starting to get a bit long. Unfortunately there weren't a lot of places to stop because, not only had Covid-19 shut a large portion of Chicago down, but it was also a Sunday. Even still we made the best of the walk and saw some pretty cool things, some unexpected:

The train from Chicago to South bend would be, as it was from South bend to Chicago, the South Shore Line. A relaxing ride after a long day of hiking through Chicago would be a much needed respite, and I looked forward to it. 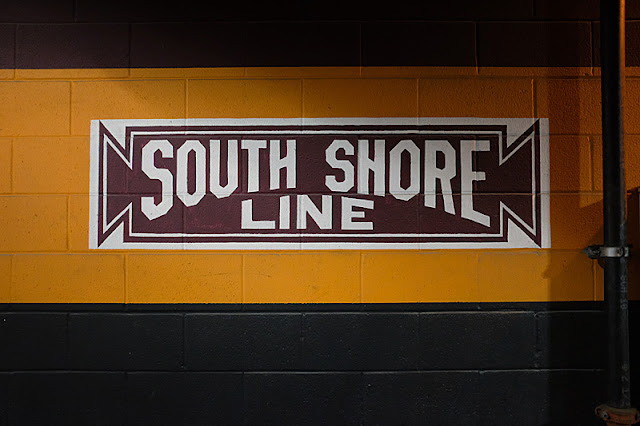 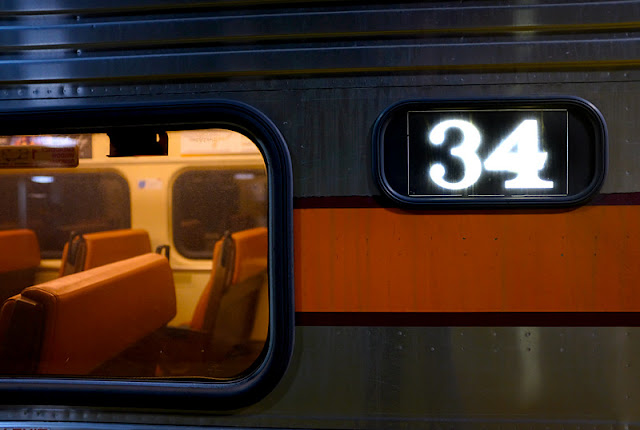 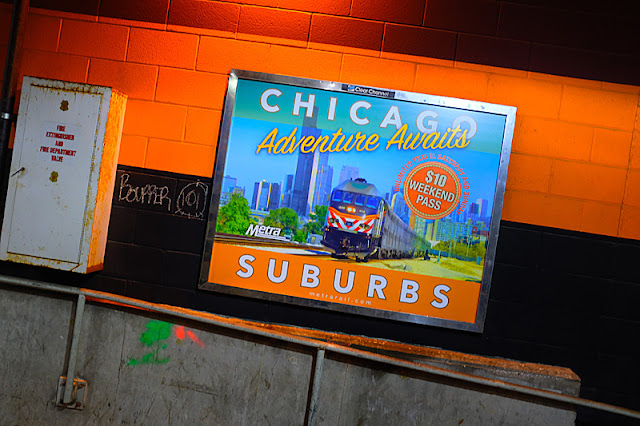 If I were to visit Chicago again, I would do a couple of things differently.

First, I'd wait until the city is open. They're currently in their Phase III, and they were in Phase II during our visit in May. Frankly, I think we were fortunate to find someplace to eat (Yolk, on East Grand Avenue) and even more fortunate to find a restroom we could use (THANK YOU! to the men and women of Engine 78 in Wrigleyville!). Even restaurants which were allowing take-out were not allowing people to use their restrooms (and, no, bribes didn't work).

Second, I'd wear comfortable shoes. While this should go without saying, you're going to do a lot of walking in Chicago, and you're going to want some sturdy footwear. My Merrell's have stood the test of time, and they did so on this trip as well. So, this isn't really something I'd do differently. I just want to stress the importance of it.

Finally, I think I'd opt to visit on a Saturday as opposed to a Sunday. That way I wouldn't have to deal with the inevitable traffic which finds its way into any major city, and I also wouldn't have to worry about what businesses are or aren't open on a Sunday. I'd also verify that the places I'd want to visit (say, Millennium Park and Navy Pier) were open for business, regardless of the phase they're in.

Aside from that, bring your camera and have fun!