Getting There And Being There...

To say I'm anxious to get my trip started would be an understatement.

And, without question, I'm far more interested in being there than I am in getting there. Let's face it, traveling ain't what it used to be.

The first time I ever stepped foot on a plane my Mom, brother Greg and my Grandmother were flying from LaGuardia in New York to Orlando, Florida. Flying was different then. Back then, we dressed properly when we traveled. We wore button down shirts and shoes as opposed to t-shirts and sneakers. Flying was an occasion, and we treated it like one.

Nowadays, though, things are much different. It's commonplace now to see people traveling in sweats, yoga pants (sometimes a fine idea, other times not so much); Hell, I've even seen people traveling in pajamas. Where we once used to dress up, now it's become the norm to dress down.

How we travel has certainly changed. Websites like Travelocity, Expedia, and a host of others allow us to be our own travel agent. For Italy, I booked my flight, hotel and rental car all at the same time. If I were traveling 40 years ago, that would've taken three different phone calls, and all of them would've been made by a travel agent.

Navigating through airports can be a bit of a hassle, as well. I'm going to be flying from Jacksonville to Charlotte, where I'll spend about three hours waiting on my flight to Rome. And, undoubtedly, when it comes time to board it'll be like a cattle drive. It's one of those undeniable realities about flying in the 21st century. I've discovered a way to mitigate the angst, though. These days, military personnel are usually invited to board early. Well, after 20 years of active duty, I have my retired ID card. I flash that and they let me board early. Yes, I'm well aware that this is something usually reserved for active duty personnel, but I'll often give it a shot. The worst that'll happen is they tell me I can't board early but, in reality, they never check the ID and I've never been denied early boarding.

My flight leaves Charlotte at around 6:20pm, and it's about a 9-1/2 hour flight. As I did for the trip to Ireland last year, I booked aisle seats for all my flights. I can stretch out a bit more than I can at the window, and I hate bothering people if I have to get up to use the restroom. Also, one of the nice thing about these overseas flights is that on board meals, while perhaps not considered "fine dining", are served gratis.

I should be landing in Rome, hopefully fed and rested, around 9:45am local time.

And then the fun begins...

Two weeks from tomorrow, I'll be boarding a plane to Rome.

I'm excited, of course. I've never done this kind of trip by myself. Last year, we did a family trip to Ireland. Six years ago I embarked on an epic cross-country drive which took me 25 days and covered over 5,800 miles, en route to a job in Pennsylvania.

I fly out of Jacksonville the night of April 9th. I'll arrive in Rome the morning of April 10th. I'll be renting a car, but will likely leave that at the hotel while I explore Rome. If I can manage some sleep on the flight from Charlotte to Rome I'll venture out a bit the day I arrive, sans camera (or maybe we the G7X MKII), and try to get the lay of the land for my next two days.

After the first full two days, I'll head south to the Amalfi Coast and Pompei. I may or may not spend the night on the Amalfi Coast. I really want to shoot there at night, and it might be just a bit too far to do that and drive the (from what I'm told) somewhat treacherous Italian roads at night. One of the remaining days will be spent over on the Adriatic, and I'm also hoping to get up to Florence. Hey, I've got over 350gb of memory just itching to be abused. If I can cover Rome, Florence and the Amalfi Coast during this trip I'll chalk it up as a huge photographic win.

I'm shooting a buddy's band on April 4th, and then I think I'll pack up the gear and start making meaningful preps to head east.

I find myself at that point in my Italy preparations when there's not much for me to do right now.

I'm the type of person who counts down to a trip like this by using the number of obligations I have between now and the time I leave. I've got four photo shoots (potentially five). I've got a party to throw for my brother's birthday. I have a concert to go to. And, as much as I want to do all of those things, part of me would leave for Rome tomorrow if I could.

So, as there's nothing much to do right now, naturally this is that time when things can get dangerous.

The downside of going to Italy by myself is that I won't have anyone to take photos of me in front of Trevi Fountain or in St. Peter's Square. And, having seen "National Lampoon's European Vacation", I know better than to ask a local to do it for me:

What I've learned, relatively recently, is that online shopping is simply the best way to go nowadays, especially when you're shopping for things you may not ordinarily feel inclined to buy. 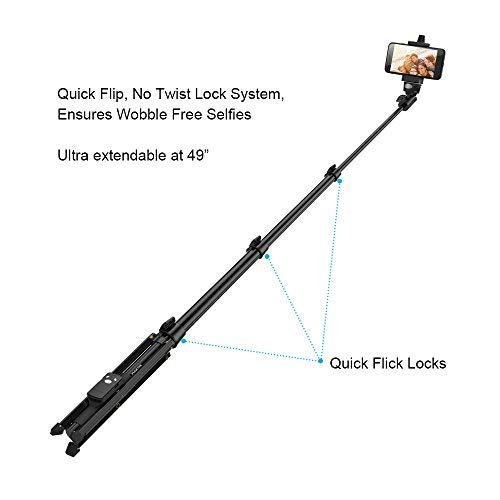 Amazon Prime, you see, is a wondrous thing, I've found. That means that I'm going to have this in my hot little hands this Thursday. But it's not just a selfie-stick. It also works as a tripod and comes with a remote. This way, photos may actually look like they were taken by some local who otherwise may have run off with my gear. 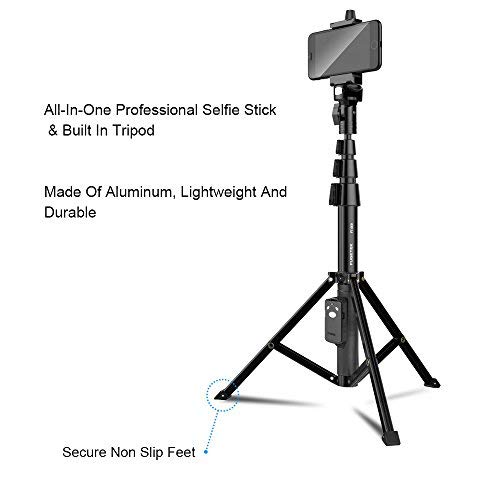 And, hey, it's a professional selfie-stick, so there ya' go.

I wish it collapsed a bit smaller than it does (it compacts to only 19"), but I'll pack it in my suitcase for my flights and strap it to the outside of my camera bag when I want to take it with me.

Footwear And The Importance Of Happy Feet...

I was a Boy Scout when I was a kid. In the summer of 1976 I got to go to the Philmont Scout Ranch in Cimarron, New Mexico. Over the 12 days we were there we hiked some 50 miles over what was, at times, some pretty challenging terrain. You don't do that in bad shoes.

The boots I wore on that trip were pretty heavy duty for a 14 year old. I think they were made by Dexter, and they offered far more support than any other shoe I'd ever worn up until that time. They were similar to these, and were pretty damn beefy: 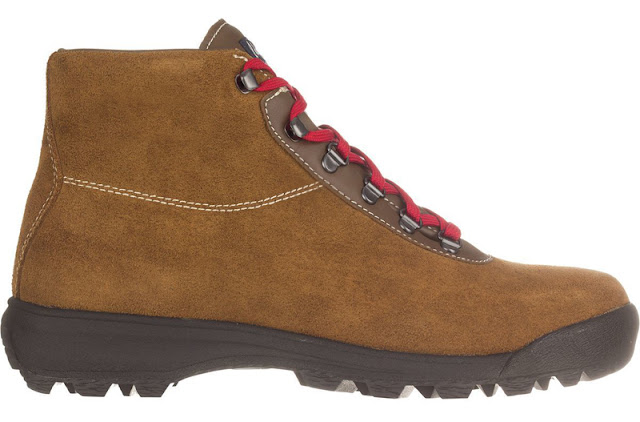 Last August, during our family trip to Ireland, I decided to bring "regular" shoes as opposed to something designed for hiking. After all, I wouldn't be hiking along any rock-laden mountain trails, nor would I be climbing any 12,000 foot peaks like I did at Philmont. Surely a nice pair of sensible Skechers would do the trick, right? I also brought along a pair of Izod leather shoes, thinking they'd be a nice alternative.

Well, the Izod shoes lasted all of two days before the stitching began to rip, so they remained in the hotel for the remainder of that trip. So, I was left only with the Skecher's: 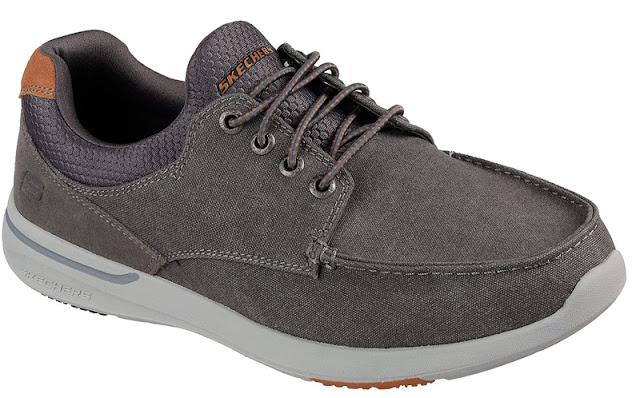 Unfortunately, these shoes are designed for more casual wear and not for extensive walking through a major European city like Dublin or Rome, which is exactly what I ended up doing. Unfortunately, after just a few hours, my feet would start to hurt simply because the shoes weren't designed for what I was subjecting them to.

Given that my trip to Italy is going to consist of a lot of walking (especially in and around Rome), I decided it was time to get a pair of shoes that were far more substantial and more up to the task, without going back to the type of full bore mountain hiking boots I wore in New Mexico 43 years ago.

When I lived in Portland, Oregon I got acquainted with the Merrell brand of shoes, so I decided to give them a try. As soon as I tried on the Chameleon 7 Limit shoes, I was hooked.

I was blown away by how comfortable they were. Ah, but my Skecher's were comfortable at first, too, so I was wary. Surely these Merrell's would need to be run through their paces.

So I did that.

I did a weekend trip to Savannah during which I walked a great deal. I was walking better than five miles a day, and dare I say my feet would've been screaming in different pair of shoes. But these were beyond comfortable. They were keepers. 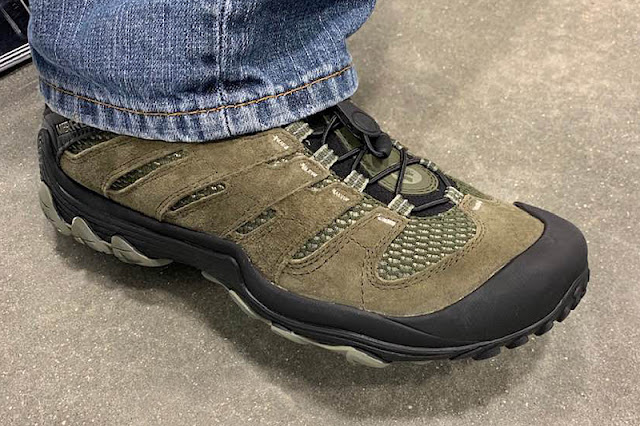 I've always understood, ever since that trip to Philmont in 1976, that the quickest way to be miserable during a trip is for your feet to hurt. Nothing will turn a trip sour faster than that, so it's important to make the investment in a good pair of shoes. Considering how comfortable these Merrell's are, and considering for how long they remain comfortable, the $99 price tag is an absolute bargain.

The bottom line? These are great shoes, and I look forward to traipsing all over Italy in them...