When my alarm went off at 5:45am, I wanted to throw it through my hotel window. Then I remembered that today was one of the main reasons we picked Edinburgh as our base.

I called Jessy's room, which was adjacent to mine, and it was clear from the gravely voice on the other end of the phone that she was as enthusiastic as I was to be up at such an early hour. Be that as it may, we got ourselves together, jumped in an Uber, and made our way to the departure point for the motor coach tour we'd booked.

The bus we were on was big. Really big. But, thankfully, it was not crowded in the least. In fact, we probably could've used a large van instead, because there were only nine of us.


Our driver and guide, though, didn't seem to mind in the least. In fact, they both seemed to prefer the smaller crowd.

Our tour guide, Scott, was outstanding! He was engaging and funny, and kept us all in stitches for pretty much the entire day. I don't know what it is, but everything is just a little bit funnier when you say it with a British accent.

The first stop on our tour was to Loch Lomond. We took a 75 minute guided cruise around the loch but, to be honest, it was difficult to hear the narration. That being said, Jessy and I found our way down to a lower salon which was empty. Everyone else was sitting on hard fiberglass benches topside while we relaxed in relative luxury. It didn't take long for the word to get out, though, and it filled up about halfway through the cruise.

As we cruised from the pier, we passed a number of privately owned pleasure craft which, presumably, would be used when it got a bit warmer. I was surprised, though, at the various levels of disrepair they were in, especially compared to how people here in the States tend to maintain their boats. Some were not bad at all, but many more needed serious attention. 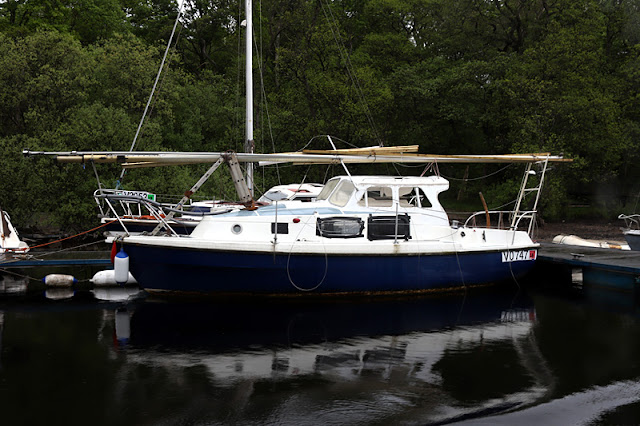 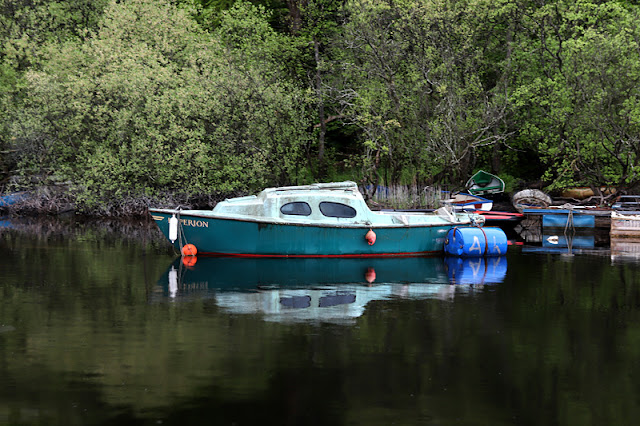 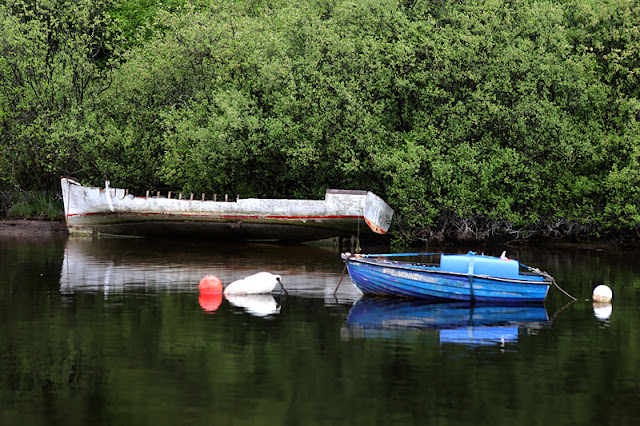 Once out onto Loch Lomond, as luck would have it, it started to rain. Ordinarily, this would be a true bummer. But this is Loch Lomond in Scotland. This is the perfect environment to take boring, "ugly" rain photos and turn them into something a bit more dramatic. 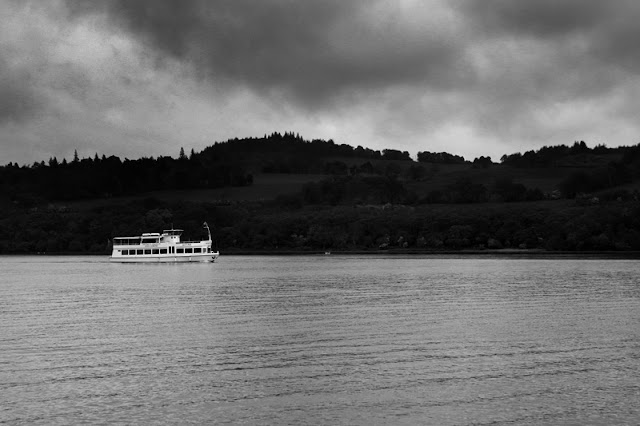 When we pulled back into the pier, we boarded our bus for our next stop, the town of Aberfoyle. If for nothing else, Aberfoyle is famous for the faeries that live in the trees.

While I can't lay claim to possessing the requisite knowledge to speak much on the topic of faeries, I can tell you about lunch. The Faerie Tree was a welcome respite from the rain, so we decided to grab a bite to eat. 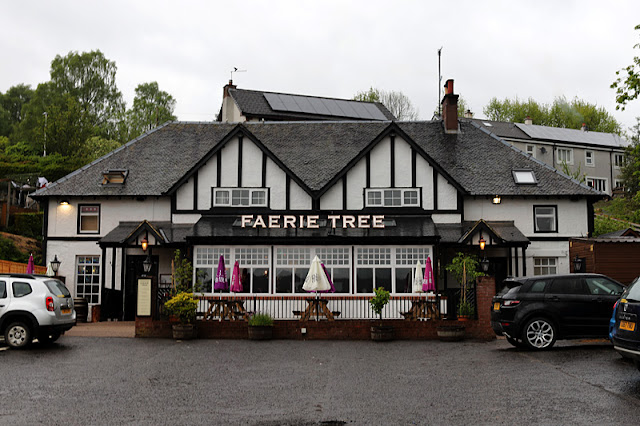 Now, I don't think it's breaking news that I enjoy a good meal. While my tastes over the last couple of years have sought to include more fish and chicken, the reality is that I still love steak. And, hey, if I'm gonna' have a steak, why not have a filet mignon? And, hey, if I'm gonna' have a filet mignon, why not slice it up and put it on a sandwich because I'm in a hurry??

Following lunch, we had to go back over to the Scottish Wool Centre (I don't have a photo, but it's an actual place) to watch the sheep herding dog demonstration. I expected to see this highly rained and vigilant canine corralling the sheep that dotted the immediate landscape, but no. Now, perhaps I should've noticed that they didn't say "sheep herding" but, rather, "sheep herding dog". The dog, in fact, played a major role. The sheep? Not so much. Instead, the dog was herding... wait for it...

The sheep were left alone, although they did come by and say hello. 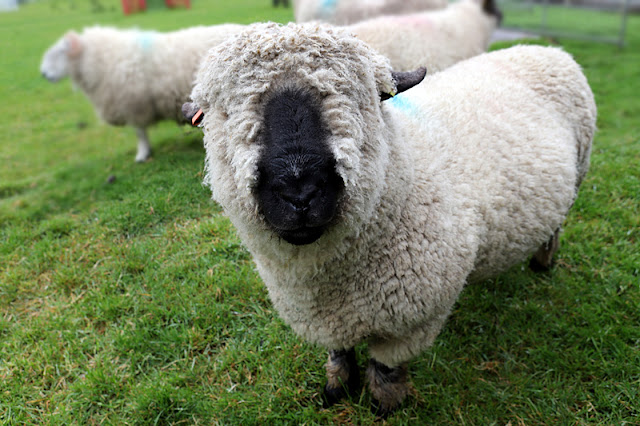 When the demonstration was complete, we boarded our coach once again for what was, for me, the primary purpose of booking this tour: Doune Castle. Located in the Stirling district of central Scotland, Doune Castle was originally built in the 13th century, and rebuilt in its current form in the mid 1400's.

You've probably seen Doune Castle, even if you've never been to Scotland. It was seen in the a952 movie Ivanhoe with Elizabeth Taylor, as well as in the the television series Outlander and Game Of Thrones.

Perhaps no use of the castle is more famous, however, than in the 1975 movie "Monty Python And The Holy Grail".


In fact, Doune Castle was used for not only the scene above, but different parts of the castle were used to depict different castles.

Various rooms around the castle were featured in the movie. The song and dance routine "Knights of the Round Table" was filmed in the Great Hall, and the servery and kitchen appear as "Castle Anthrax", where Sir Galahad the Chaste is chased by seductive girls.

I have to admit, I got a real kick out of walking through the rooms where the movie was filmed. I have no idea how many times I've watched it, but this visit serve to make the next time I watch it even better.

We had a bit of a ride back into Edinburgh and, truth be told, my feet were getting tired. So, we climbed back aboard our swank motor coach and left Doune Castle in the rear view mirror.

If you're wondering if you should do a tour like this, I'd highly recommend it. I don't care what country you're in, the guides will keep you informed not only about the sites you're stopping at, but as well as what you see along the way. We were given a history lesson we wouldn't likely find anywhere else.