I can remember, and this wasn't too long ago, when the best thing we had going for us when traveling was being able to print out driving directions on our computer. I used to travel extensively in Canada, and did that more times than I could count. One of the guys I worked with bought a GPS unit, but it was over $600, and Taylor Guitars wasn't too eager to let their sales reps spend so much money on what was, at least at the time, little more than a pricey gadget.

Only a little over ten years later, though, and our technology age has made traveling a whole lot easier than it was not long ago. Long gone are the days when you'd have to get to the airport early to check in only to find out that your flight's been delayed. These days, every single airline in existence has an app where you can check in, check flight status, etc.

Of course, those aren't the only apps a traveler can benefit from. In this entry I'll cover a few of the ones I've found that I'll be using in Italy. Some of these can be used anywhere, and they're bound to make various aspects of your traveling a little smoother. 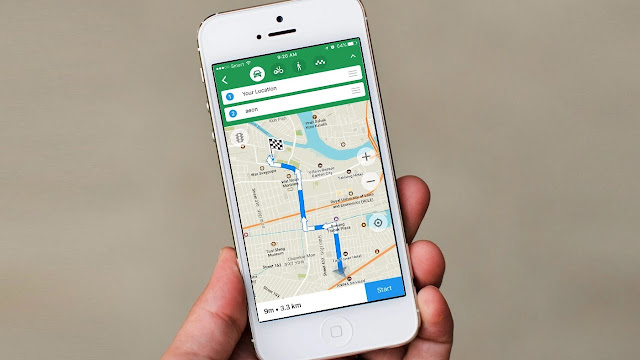 I first became familiar with this app when I went to Ireland in August of 2018, and it's incredibly simple to use. Download the free app, which is available for Android, iOS and BlackBerry (does anyone still use a BlackBerry?) and then update the app with maps as you need them. It works offline, and it works well. You can search a location by address or, better yet, by simply calling it what it is. Want to go to the Vatican? Well, alrighty then. The hyper-accurate map at your fingertips will show you where to go.

I've talked about this app in a previous entry, but it's so good it bears repeating. RGPS stands for "Really Great Photo Spots". Used in conjunction with Maps.me, it can really open up your potential photographic possibilities. Even if you have no idea if there's anything photo worthy near you (which could be the case during a drive to the Amalfi Coast or to Terni), this app will let you know what's nearby and it will even show you pictures of it. This app makes it a bit easier to get off the beaten path.

I absolutely love using Waze here in the States. It's a great GPS app. But, if you choose to use it, beware the caveat: It uses data on your phone. How much? Depends on your carrier and what kind of plan you have. My understanding is that GPS often fails in Italy, simply because two different roads having the same name isn't unusual. 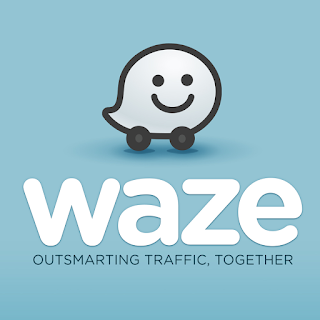 When I went to Ireland, I purchased an international plan for my phone. This could address the data issue (I didn't use Waze in Ireland), but I'm not sure. Check with your carrier (I'm going to check with mine) to find out for sure.If it works, and isn't cost prohibitive, having a familiar app at your disposal could prove to be a godsend.

I know, this one almost seems too obvious. But the fact of the matter is that it's chock full of information and travel tips. For instance, if you only had, say, five days to spend in Rome it will lay out an itinerary of all the things you can do in Rome in those five days. I probably won't spend too much time playing with this one until I get to Italy, but it certainly looks like it could make things a bit easier if I'm wondering what to do next.

Foursquare has been around for a while, and with good reason. It's a solid resource when you want to find your way around town; any town. Whether you're trying to figure out where to get your next meal, where to go shopping or where to go out on the town once the sun goes down, this is a great app to have.

The nice thing about Foursquare is that it works everywhere. I'm in the preliminary phases of planning trips to Scotland, Portugal and Moscow and this app will be going with me.

While this is specific to Italy, there's nowhere in Italy it doesn't work. Regardless of where you want to go, what you want to do, what you want to eat or what you want to see, this app has more information than you could ever possibly hope to absorb. The way I see it, at fourteen bucks, it's a worthwhile investment for me since I'm going to be traveling both north, south and east while in Italy (not a whole lot of "west" to be had from Rome).

Of course, if you don't want to drop fourteen large for the app, when you first download it you get the trial version. It's fully featured, but it only lasts for five days. This would be perfect for someone who'll be in Italy for only a few days.


Between now and the time I get to Italy I'm sure I'll be made aware of even more apps which could be beneficial during my trip. Who knows? Maybe I can find a "best pizza" app for when I go to Naples (pizza was invented in Campania, near Naples).

In addition to those above, I've already downloaded a host of photography apps like Light Meter and Magic Hour. The light meter app is pretty self-explanatory but, if you're not sure what significance the "magic hour" has for a photographer, I wrote about it, and the app for it, back in December. You can read about it here: Magic Hour.

See, the way I see it is that, in this day and age, there's not a single reason not to avail yourself of all that information that's flying through the ether into your phone. Someone has taken the time to compile all of this wonderful information and make it available (sometimes, yes, for a price), so why not take advantage of that?
at February 13, 2019