What I Did On My Summer Vacation - Part 7: International Boilerworks

Eastern State Penitentiary was definitely a highlight of my "I like to photograph abandoned buildings and places which sit in various, and increasing, states of disrepair" photo endeavors. But the famous places aren't all that are out there.

In the little town of East Stroudsburg, Pennsylvania lies a rather large, and very much abandoned, factory. Despite its size, if you didn't know it was there, you would never see it and, if you didn't know where to look, you would never find it. It's been hidden away by years of overgrowth and neglect. International Boilerworks was built in the 1890's, and operated for just over 100 years before being shut down, boarded up and, from all indications, completely forgotten about.

The state of decay is impressive. While not in ruins like the Weatherly Trainworks, this factory; or what's left of it, has certainly seen much better days.

My cousin Lisa and I drove over from her home in the Poconos to photograph it. Lisa had been in contact with a woman who was with a local camera club, and who was willing to take us there. The property lies along some railroad tracks and, as far as I could tell, there were no "NO TRESPASSING" signs to be found. Still, it seemed as though we were engaged in something illegal or, at the very least, dubious.

As we walked down the dirt road, the factory came into view.

As we made our way closer to the buildings, it was evident that this place is visited frequently; probably by groups of local hoodlums building bonfires inside the factory and drinking beer (evidence of both was clear). There was no on there for the vast majority of time we were there and, in fact, as we were leaving, we saw a couple; probably no more than 17 years old, wandering through. They didn't pay us any mind.

This wasn't so much a photo trip to explore the past of some bygone factory. Instead, this was a photo trip that had the sole purpose of capturing the disparity of textures and colors that you might expect to find should you ever find yourself coming upon an abandoned factory as you wander aimlessly through the woods. Between the dirt floors and the concrete and the rust, it lent itself very, very well to photography: 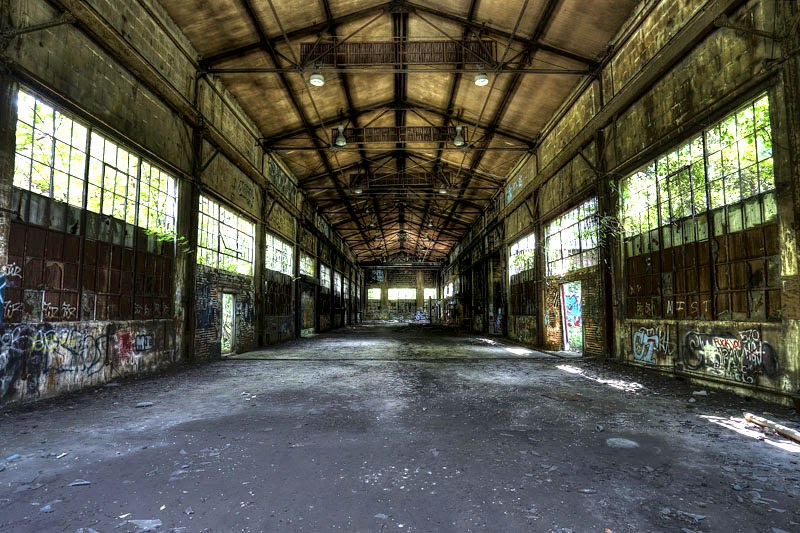 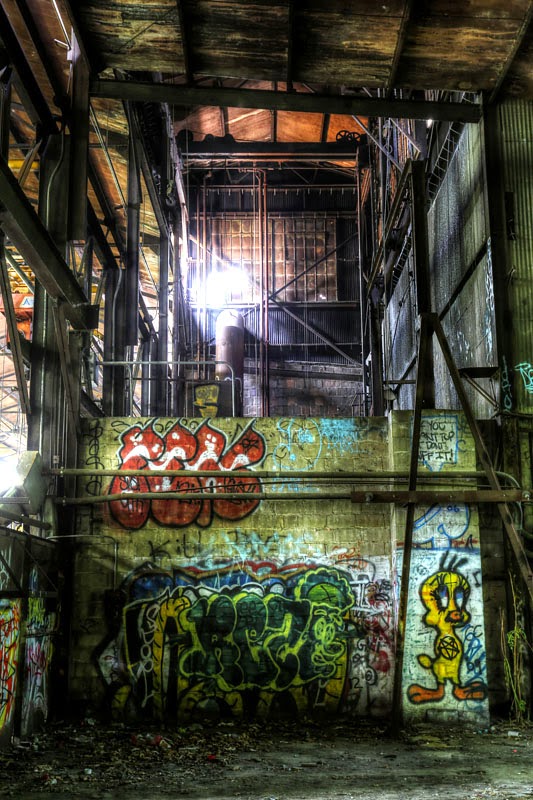 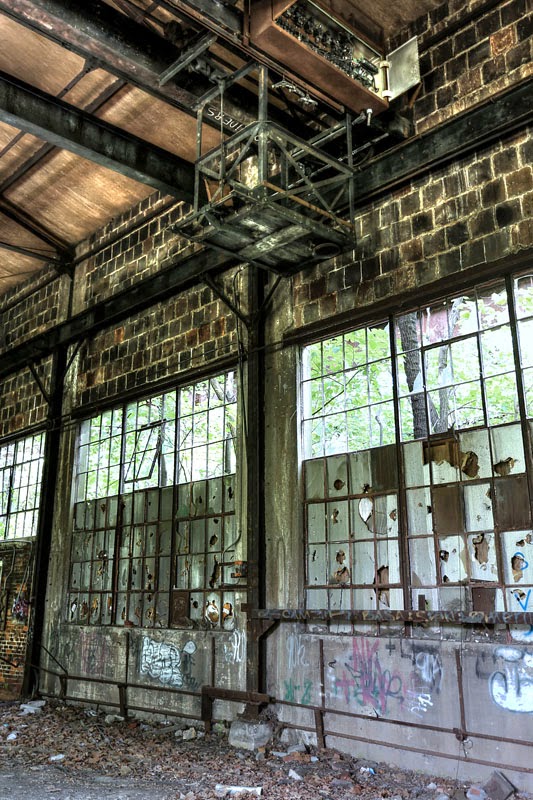 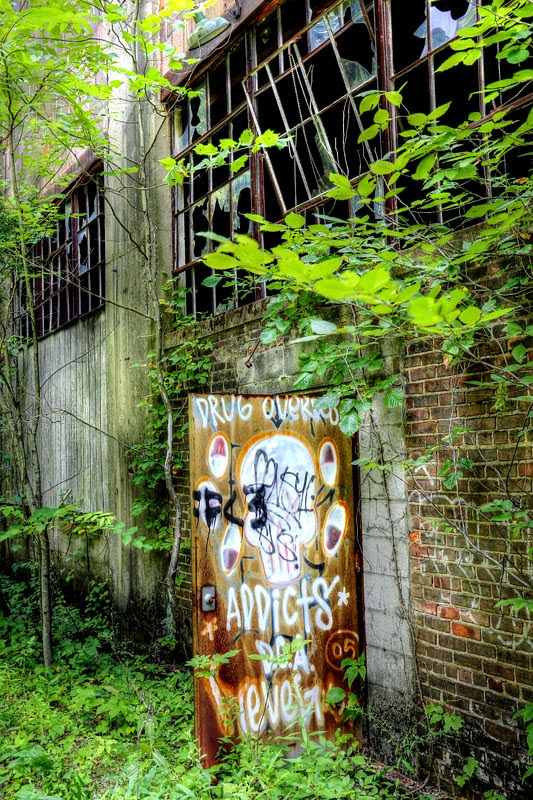 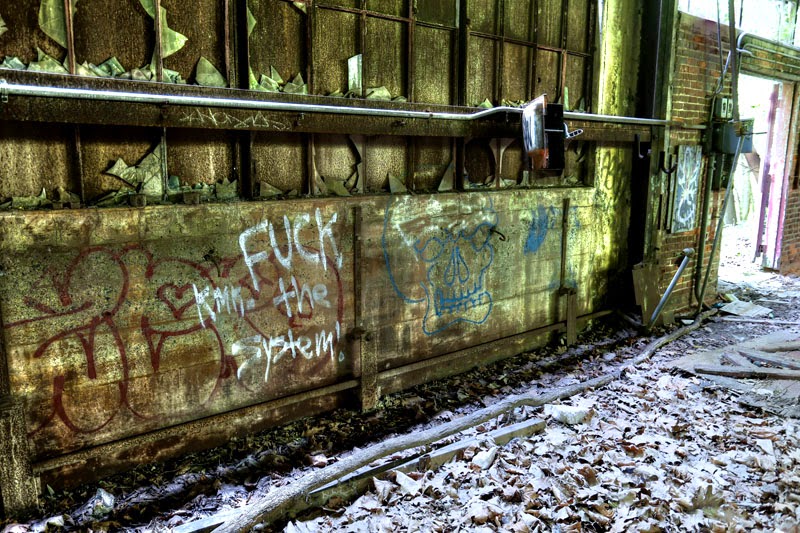 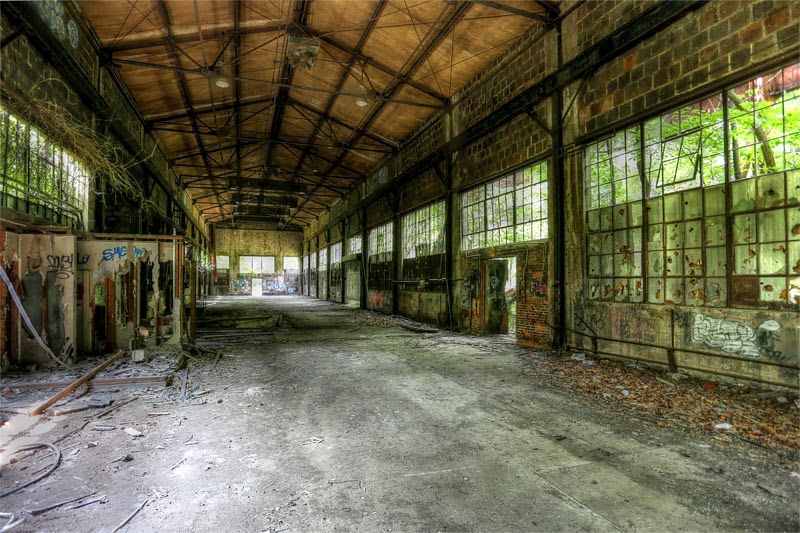 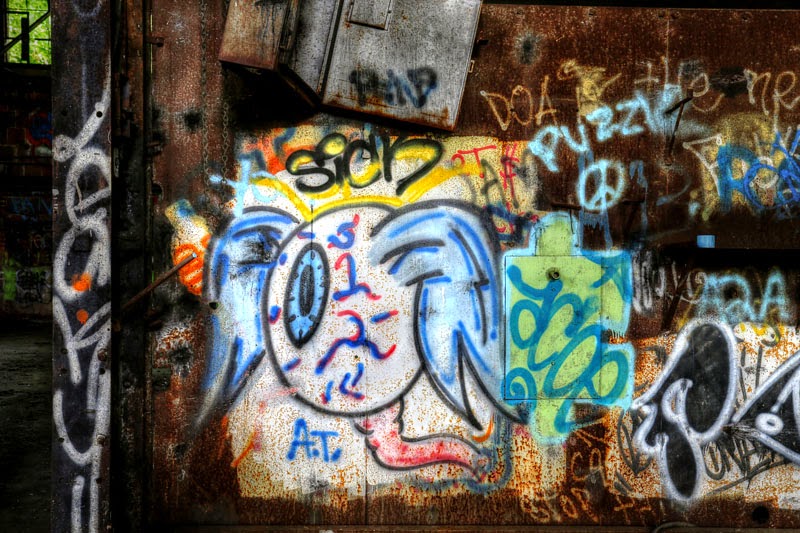 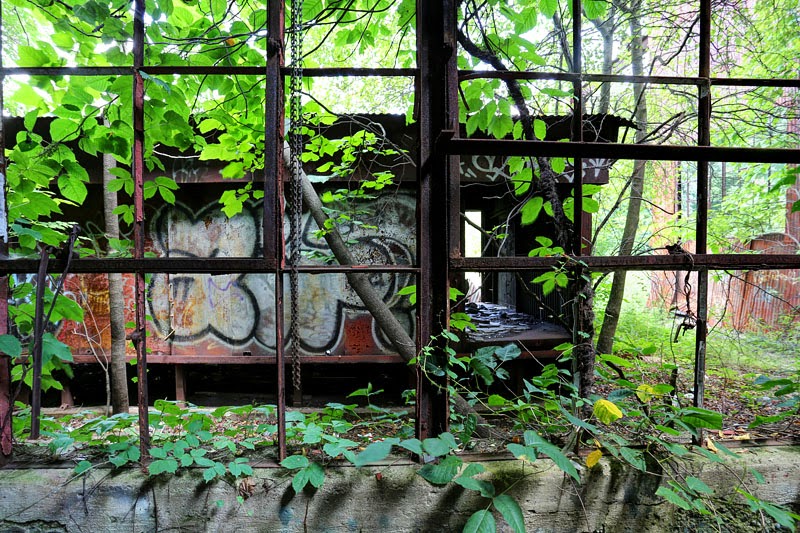 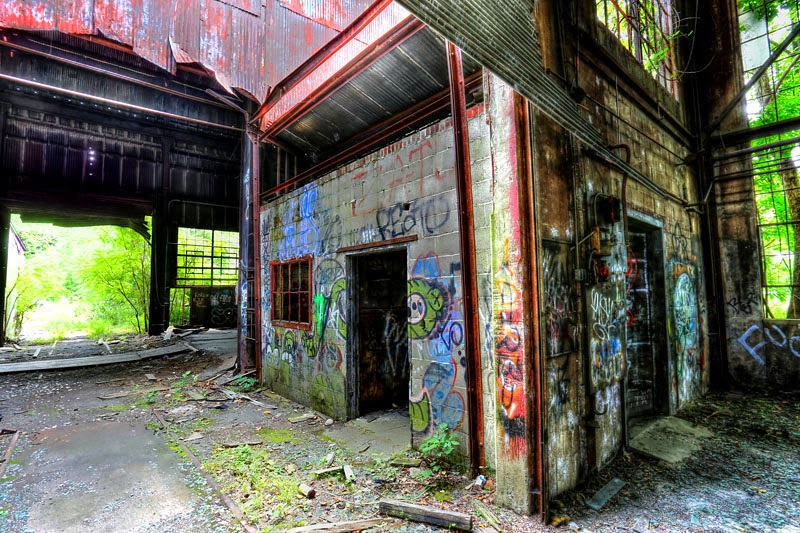 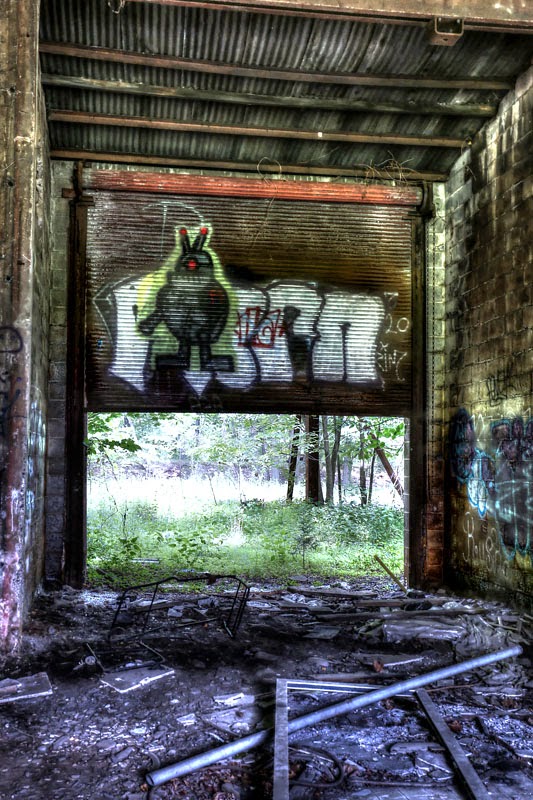 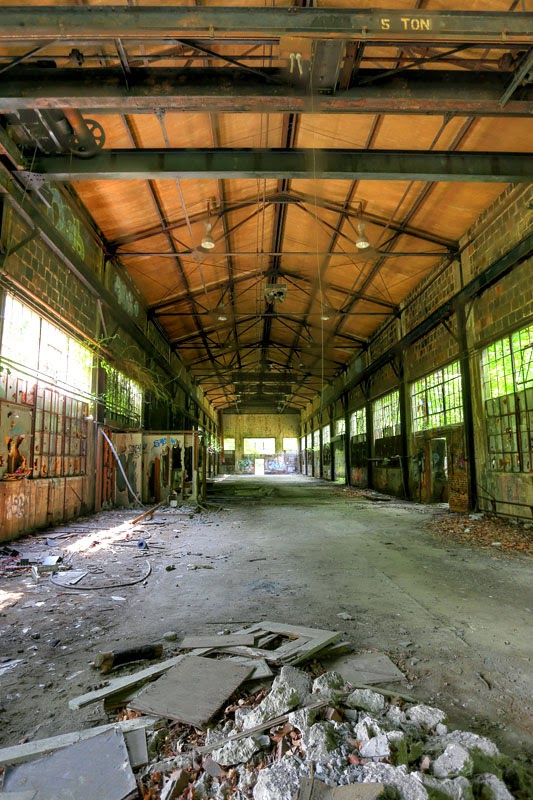 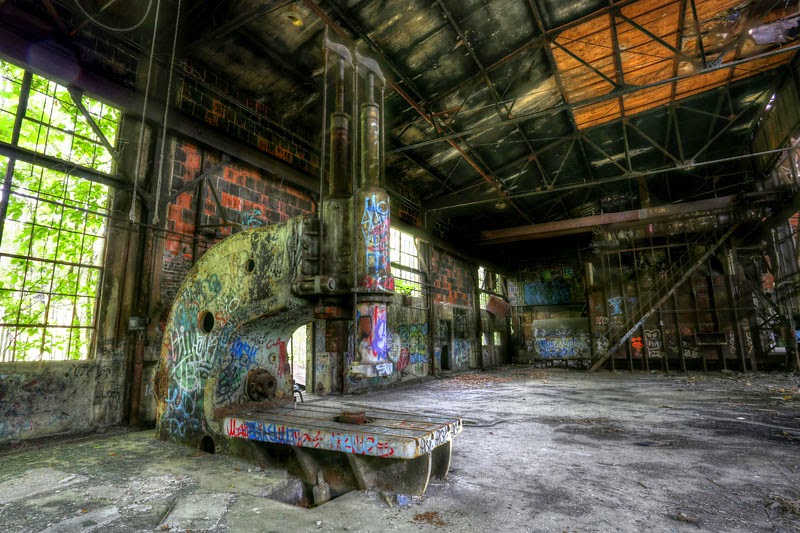 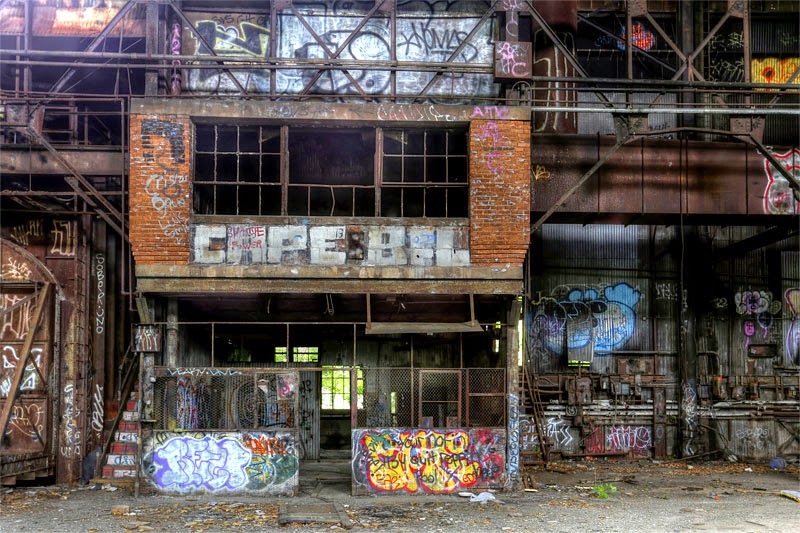 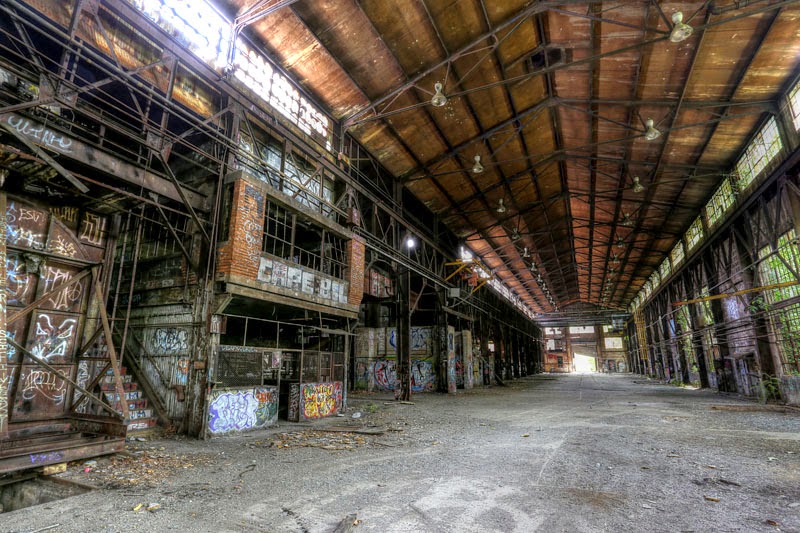 I'd gotten sick after the trip to Eastern State (it's haunted, I tell ya'), so I wasn't feeling my best while shooting at International Boilerworks. While I'm pretty satisfied with what I came away with, I wouldn't mind going back some time to shoot it again. If nothing else, the further passage of time is only going to make it an even cooler place to shoot...