I'm about as far east in North America as a person can get.
I arrived in St. John's, Newfoundland last night. It was a long trip from San Diego, to be sure, but the flights weren't bad, and I even enjoyed the bump to First Class out of Newark to Newfoundland.
The first thing I noticed was the cold. Damn. While it wasn't "cold", I guess, after coming from 70 and 80 degree weather in southern California, it was cold. I don't care what the Newfies say. I'm just not built for this.
This is my second to last regularly scheduled trip to Canada. I normally travel with either guitar wizard Marc Seal or Grammy Award winner Wayne Johnson, but since I'm turning responsibility for Canada over to Mike Lille, I figured the best person to bring on this trip would be, well, Mike Lille. He's a monster guitar player, and a Helluva' nice guy. I think he'll do well up here. I pick him up in about an hour.
Today, October 10, is Thanksgiving up here in Canada. Ergo, most businesses are closed. So, given that, I decided to head out and see what I could shoot. Mike and I will be driving across Newfoundland (twice) on this trip and, given that this is likely the last time I will ever come to Newfoundland, I decided to bring the Canon 5D. I was here last year, but only had the Canon G12. I wanted to up the ante a bit.
I decided to head down to George Street. George Street, if you're keeping score, has more pubs per square foot than anywhere else in North America. Seriously, if you ever needed a reason to visit somewhere; am I right?
I walked around the waterfront for a little while. There were a lot of ships and small craft tied up to the quay, and the skies were starting to look threatening: 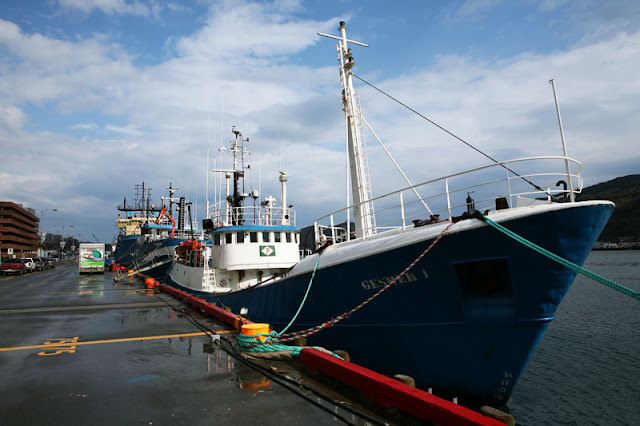 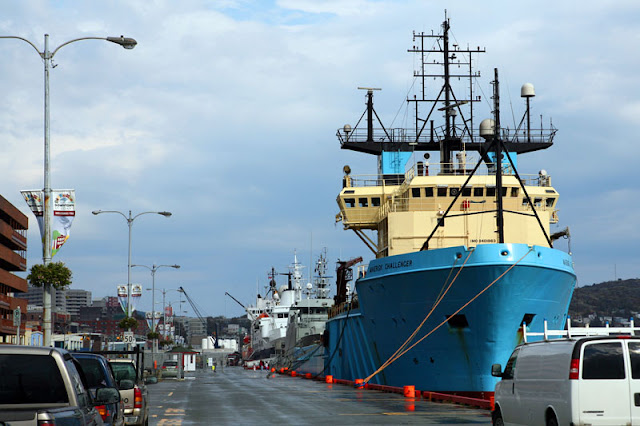 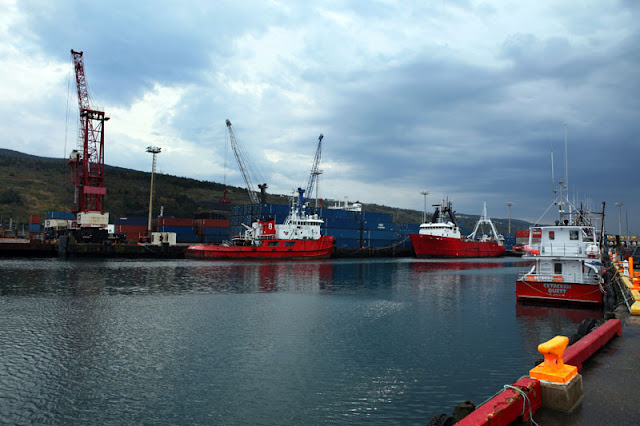 The skies were starting to look a bit threatening, so I decided to head up to George Street and find some shelter. And, oh, what's that? A pub?
Kelly's Pub is a pleasant little pub, and I wasn't all too surprised to see it empty when I walked in. It was early, after all, and it was Thanksgiving, That said, there one was other person there, my new bestest Newfie friend, Anna.
And Anna had gifts:
I like places like this, and places like this are one reason I like to travel. I steer clear of the "touristy" spots and, instead, seek out the places the locals like to go. Kelly's is that kind of place, and there were, indeed, locals. They came in, one by one, after a little while, and a number of them cozied up to the bar where I was sitting.
One of those local was a gentleman named Donny. Donny noticed the pack of Marlboros I'd placed on the bar, and said "You're an American". After that, understanding anything Donny said was a task. A lot of people here have some very thick Scottish and Irish accents, and Donny was definitely one of those people. Still, he was enjoyable to talk to and, if his bar tab was any indication, he was certainly a local.
I sat with Donny, and a rotating host of other characters, for a while, talking about this and that, and about how I was tired of being warm and dry all the time in San Diego so I decided to come to Newfoundland. I thought Donny was going to toss a spleen he laughed so hard at that. I mean, I guess it's kinda' funny, but not that funny.
I finally decided that it was time to head out. I wanted to grab a nap before heading back out tonight. I bid them adieu (or whatever the Newfie word for "See ya' later" is), and stepped out onto a wet George Street, thankful that the rain had stopped.
It's going to be a long week; a good one, but a long one. I'm looking forward to the trip across the province, and to enjoying what will likely be the last time I ever come here...
at October 10, 2011